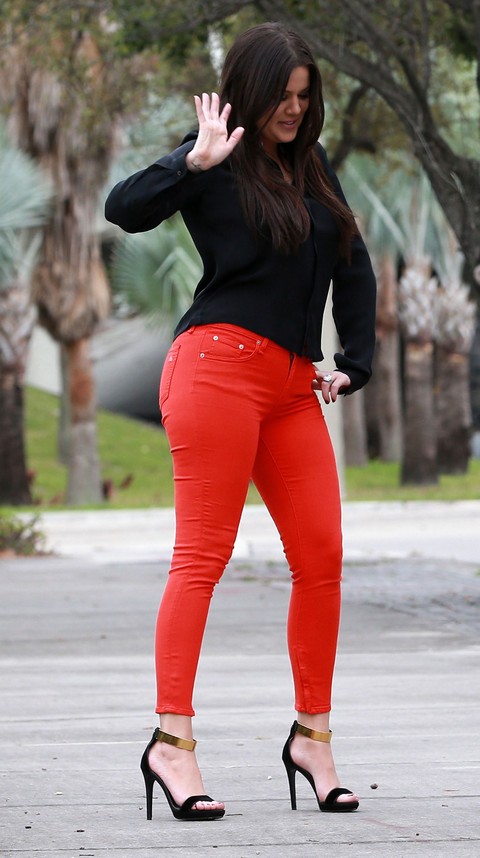 The Kardashians and the Jacksons – two of America’s most famous [and infamous] families. Both are known for different things, but both are in the tabloids almost every week, and everyone in this country knows about them. Now, you wouldn’t think they had anything more in common apart from that, right? Well, according to a new exclusive report from In Touch Weekly, they actually have a connection that goes back years. La Toya Jackson tells In Touch that Khloe Kardashian used to be her brother Jackie’s secretary.

According to La Toya, Khloe and her sisters dated two of Tito’s sons and became ‘part of the family. Who knew? La Toya also adds that despite it being many years since Khloe left her position and became a household name, their families are still close. She explains, “We’re friends. Our families have integrated through the years.”

Well, of course she would think that – she’s following in the Kardashians footsteps and starting her own reality show. In reality, I think we all started to see the type of family the Jacksons were after the untimely death of Michael Jackson. Apart from Michael’s kids and their grandmother, the rest of the family is as desperate for money and fame as the Kardashians. It’s a pity really – instead of building on Michael’s legacy, they’re going to degrade the family name into occupying the same realm as the Kardashians.