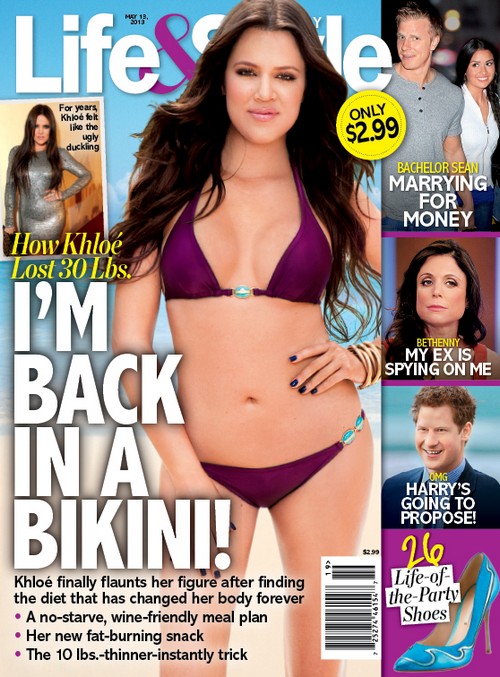 Reality star Khloe Kardashian is featured on the latest cover of Life & Style magazine — and she’s wearing a bikini! Just recently, it was revealed that Khloe had lost 25 pounds, but apparently since, she has lost five more pounds. Good for her! She looks great, doesn’t she?

At least that’s what Photoshop will do for a girl… Ha! Khloe has always been known for being the bigger of the Kardashian “cookie cutter” sisters, but now she doesn’t have to appear to be the ugly duckling anymore!

The magazine states that Khloe has found the diet that has changed her body forever — and it’s “wine-friendly”, no less! In addition, the magazine says that she has some new fat burning snack and an “instant trick” to be ten pounds thinner. Photoshop is instant, just saying….

Does she look too airbrushed for anyone to believe that this is really her? What do you think? Sound off in the comments below!