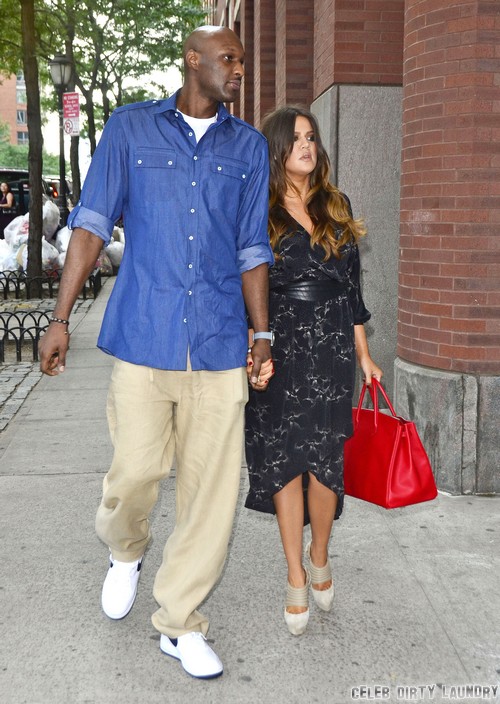 Despite everything that’s happened, Khloe Kardashian‘s devotion to her estranged husband, Lamar Odom, is admirable. She’s refusing to let him be exploited by her mother through Keeping Up with the Kardashians, and she’s defending him against the world, despite the fact that he cheated on her and lied to her for two years.

Now, a new report from Radar Online states that in addition to wearing her wedding ring, Khloe has also decided to spend her anniversary with Lamar. Initially, there were rumors that Khloe wasn’t interested in seeing Lamar at all, but that all changed when Lamar reached out to her. A source explains, “Lamar reached out to Khloe and expressed his desire for them to spend their anniversary together. He couldn’t imagine letting it pass without seeing Khloe.” The source adds, “It will be low-key, and away from the prying eyes of the public. This anniversary will be unlike any other. Although their marriage is on the rocks, no one is ready to pull the plug on the relationship.”

Lamar’s devotion to Khloe was in full force yesterday, when he defended her and the Kardashians against his father’s accusations that they were the reason Lamar turned to drugs. However, sources add that Khloe is still not willing to take Lamar back or accept him again until he goes to rehab – something which he’s still obstinately against doing. Khloe’s reportedly planning on trying to change his mind again during the anniversary dinner, where she’ll have history and sentiment on her side. It probably won’t work, but you can’t blame Khloe for trying.

What do you guys think about Lamar and Khloe spending their anniversary together? Do you think Khloe should just give up, once and for all, or should she continue to fight for Lamar? Let us know your thoughts in the comments.