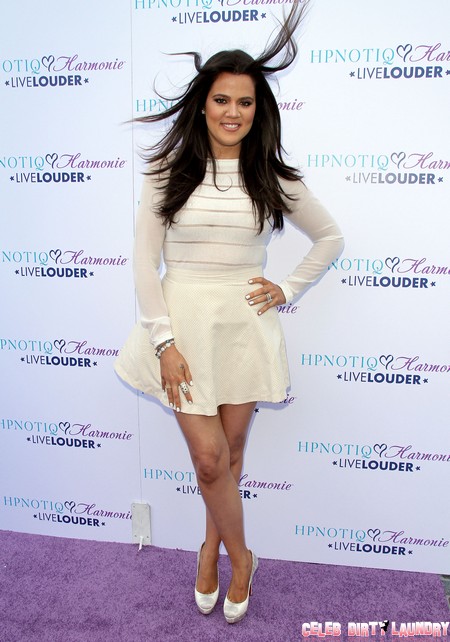 If you watched “Watch What Happens Live” last night then you got a nice nugget of Khloe Kardashian-Odom’s feelings.  So was the tallest Kardashian talking butterflies and rainbows of happiness?  No, her feelings were more crap with spit sprinkles aimed at her brother-in-law Kris Humphries.  He is making poor Kim Kardashian suffer for her divorce – she is on track to give birth while still married to Kris.

On host Andy Cohen’s show viewers get to call in and ask the guests questions.  Last night on WWHL a caller asked the Khloe-nator if she ever runs in to Humphries and if they are civil with each other; to which Khloe replies, “I have never run into the Hump since… I don’t know… New York days, I guess. I don’t know the last time I’ve seen him, but I never run into him.”  So what happens when her hubby, Lamar Odom and Humphries, both in the NBA, play each other?  Apparently not a whole lot.  According to Khloe, she and Kris act as though they don’t know each other.  Seemed like the interview was going to be very mature until Cohen asked how Kim’s super dragged out divorce was going and Khloe spit out this gem… “He’s, in my opinion, delusional.  I don’t know why he’s asking for anything? He’s fame-hungry, in my opinion. He wants money . . . I just think everything he’s doing is so — it’s just gross to me.”

Wow…just wow.  Khloe you were doing so well and you sounded just like an adult until someone gave you a massive dose of hater-ade.  Umm, pot, meet kettle, because this is a serious case of “takes one to know one.”   Kris is money hungry?  Of course he is, but so are you Khlo-ster.  You are on 10 different reality shows (yes, that is an exaggeration on my part, but you get the point).  You showed your nips to the world on X-Factor.  If that wasn’t a cry for attention or some serious fame-whoring, then I don’t know what is.   There was more to the interview such as whose man sausage she’d like to devour between Scott and Kanye.  Her response was that she’s only had dark meat so the obvious choice would be Yeezy.  This was pretty much her least boring interview so far.

What do you think readers?  Will this travesty of a marriage ever end for Kim and Kris?  Will Khloe continue to show her bits and pieces for attention?  Is it true that Khloe’s only taken a ride on the chocolate pony?