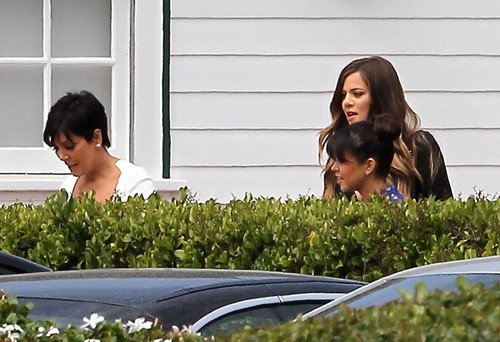 Kris Jenner obviously has Ryan Seacrest in her Gucci clutch, and now she’s gotten a hold of the good people at TMZ. We’ve already told you Lamar Odom – estranged husband of the tall, fat, Kardashian sister, Khloe Kardashian, is strung out on hard core dope like Brooke Mueller was at the pawn shop in Inglewood.

As the public searched for answers and explanations regarding Lamar’s cheating allegations, (from several crackish looking hoes including Jennifer Richardson, and Polina Polonsky) Khloe pretended to be positive, and act unembarrassed. Rumors of Khlomar’s divorce have been flooding the blogosphere, and magazine headlines. Khloe insist she’s happy with no worries. Odom’s last tweet reads, “Before her there never was and without her will never be. Wifey is real.”

Now that Kris Jenner has likely planted the ‘drug abuse’ tag on the fading NBA star, it will truly be even more difficult for him to land a job in the league. Now Kris can sell us a ‘come back’ story. Damn, she’s brilliant.

Khloe finally popped off, “Really hard to sit here and listen to people talk sh—about my family! F—ck you, and shame on you! I’m too protective for this sh—!”

What ‘sh— ‘ Khloe Kardashian? You and your family play so many games with the spotlight in an effort to hog all the media coverage. Who leaked Lamar’s dope habit in the first place? Why are you trying to force him and all his shortcomings into this media blitz if you care so much? Why did you allow your sister to shame him about his dookie breath on national television?

Sources connected to TMZ claim that friends or family haven’t seen or heard from Lamar in over 72 hours, and they’re afraid he’s binging on crack cocaine. Sadly, he was fine before he joined the Kardashian family.

Should we get caught up in this one, like we got in ‘Kim’s Fairytale Wedding’?

UPDATE : TMZ spoke to Lamar’s rep and “he is just fine” – just as we suspected – this “crack cocaine addict/missing fear for his life” news is part of an incipient smear campaign by Kris and Khloe!