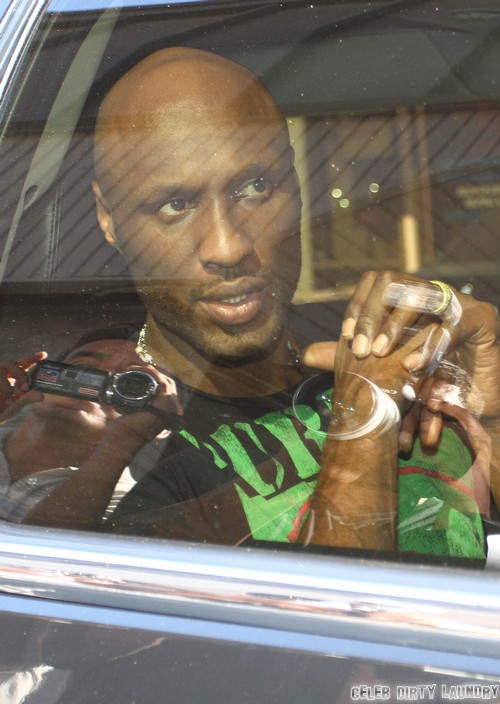 I almost feel sorry for Lamar Odom. Seriously. This guy is clearly knee deep in an addiction and struggling to figure out if he even cares about pulling his life together any more.  Meanwhile he is also under attack by the momager from hell, Kris Jenner. Don’t think for one minute that the media wasn’t hand fed information on a daily basis regarding the demise of Lamar for a straight week by coincidence. Kris has long been laying the groundwork to pave the way for long suffering Khloe Kardashian to put an end to the marriage if she so chooses. If we are to believe the reports that Khloe is desperate to save her man and her marriage, any of the steps that she has taken have clearly been overshadowed by her mother’s portraying Lamar as a total crackhead to the press.

People Magazine confirmed yesterday that Lamar is indeed in rehab, but guess what- the Kardashian’s did nothing to get him in there. Despite reports of Khloe and Lamar working together to fix things that’s just not the case. Lamar’s agents realized what was up and where the leaks were coming from pretty quickly. Khloe is so distrusted that RadarOnline has learned that Lamar called his drug dealer to bail him out of jail when he was popped for a suspected DUI! Khloe found out that her husband had been arrested the same way that you and I did – online!

Like I said, Lamar is in rehab but it’s to bolster his DUI situation. The judge will go lighter on him when they see that in between his arrest and court date he got himself some help. As for Khloe and Lamar’s marriage, go put a fork in it. Think about it, if you were begging your partner to get help to save your relationship and they finally decided to do it, wouldn’t they want you to know? Of course. However Khloe wasn’t in the rehab loop and her family isn’t even sure about Lamar’s whereabouts.

Do you think Lamar will come out swinging back at the Kardashian’s? Tell us your thoughts in the comments below!