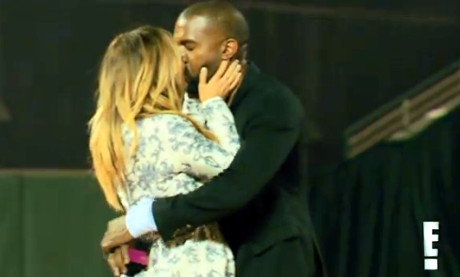 From what we can tell from the recently released promo trailer, Keeping up with the Kardashians season 9 is going to be the most dramatic, most explosive, and most insane edition yet! Who would’ve thought the Kardashians could’ve found a way to up the krazy factor (oh, wait, just about everyone)? The promo, which sets the stage for the new season premiering in 2014, promises viewers that the family will be revealing intimate details regarding some of the notable drama-episodes they’ve experienced over the past few months — including Khloe Kardashian‘s predicament with Lamar Odom.

Lamar Odom’s cheating and drug scandal left his marriage to Khloe Kardashian in shambles. For a while, we saw the possibility of them getting back together but, as Khloe will reveal on the show, the result of Lamar’s scandal left her in a really dark place.

“I’ve been in hiding because I’m afraid of people,” Khloe tells her sis Kourtney Kardashian, admitting that it might be time to officially sever ties with her love. “I have major anxiety. I have to move on with my life, and that means changing a lot.”

In the clip, Odom makes a desperate plea for forgiveness. ”I would do anything to be accepted back by you guys. You guys are all I’ve got.” We’ve heard about all these stories before, but this season will provide us with some much anticipated behind-the-scenes action.

Watch the SUPER TEASER trailer below, which also touches on Bruce and Kris Jenner’s decision to separate and shows a jubilant clip of Kanye West’s proposal to Kim Kardashian. Wow, so much emotion. Excuse me while I go wipe away my stress-tears.