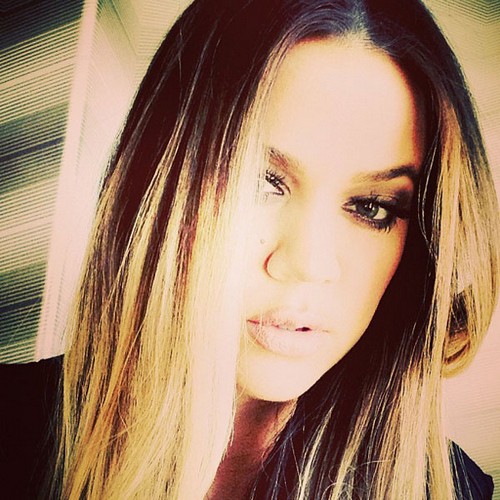 The Kardashian clan love their selfies, and they’ve used Instagram many times to document their troubles in the past. Khloe Kardashian‘s relationship problems have been all over the net lately, which might have been why Khloe posted a somber picture of herself to Instagram, although it had no caption.

Many are speculating that the picture is Khloe’s response to everything that’s going on with hubby Lamar Odom and the media, even as there are rumors that her marriage is about to reach its end.

These rumors are nothing new and have been circulating ever since alleged mistresses have come forward and claimed that Lamar had affairs with them. However, the story really took a turn when it was revealed that Lamar was actually having problems with a drug addiction to crack cocaine. Khloe reportedly kicked him out of the house last week when he refused to go to rehab or respond to an intervention, and Kris Jenner has supposedly been spotted visiting divorce lawyers with her daughter.

Khloe already lashed out against the media last weekend for all the stories they’ve been reporting on her and Lamar, but I’m sorry to say that I never feel bad for the Kardashians whenever they complain about the paparazzi or media – I’m sure I’ve said it many times in the past, but they absolutely brought the attention on themselves, and that comes with both positives and negatives.

Anyway, despite denials to the contrary, we know that Khloe and Lamar are in trouble and are on the verge of a divorce. Whether they actually go through it will depend on a number of different factors, including Lamar’s decision to seek treatment for his drug problems, and Khloe’s decision on whether she’ll pursue a divorce or continue to fight for her marriage.

What do you guys think will happen? Let us know in the comments.