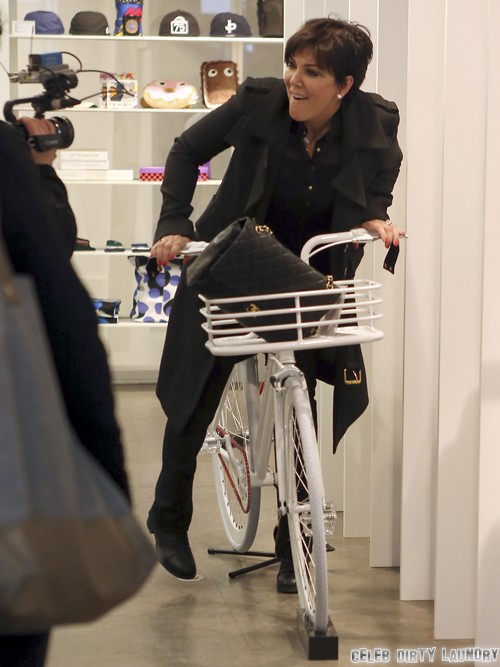 So after all these days of rumors and tabloid reports and denials, it looks like Khloe Kardashian and Lamar Odom are actually about to divorce – at least, if the new report from Life & Style is to be believed. The report states that the divorce between Khloe and Lamar is ‘imminent’, and because there’s so much at stake in terms of reputation and money, it will definitely get ‘contentious’.

Kris Jenner was spotted visiting famous divorce lawyer Laura Wasser in Hollywood, which sparked rumors that Khloe has already started the process of filing divorce papers. This divorce follows reports of Lamar’s affairs, as well as the allegations of his drug addictions and serious drug abuse.

Because of all this, and because Khloe and Lamar did sign a pre-nup before they got married in 2009 [which also had clauses about infidelity and cheating], the divorce won’t be ‘amicable’. If Khloe felt that it wouldn’t be an issue, she wouldn’t have gone to Wasser, who is famous for making sure that her clients win these sorts of cases. Right now, the balance is tipping in Khloe’s favor if Khloe and Lamar do go through with the divorce. There’s a lot of money at stake, both from Khloe’s brand and endorsement deals alongside her participation in Keeping Up With the Kardashians, and then also Lamar’s endorsements and basketball income. Because of the cheating allegations and drug abuse, Khloe has serious leverage over Lamar and according to the details of the pre-nup [if they are accurate], Khloe will end up winning if the divorce ends up becoming contentious.

What do you guys think? Is the divorce between Khloe and Lamar ‘imminent’? Will they have a long and drawn out battle over finances? Let us know your thoughts in the comments.