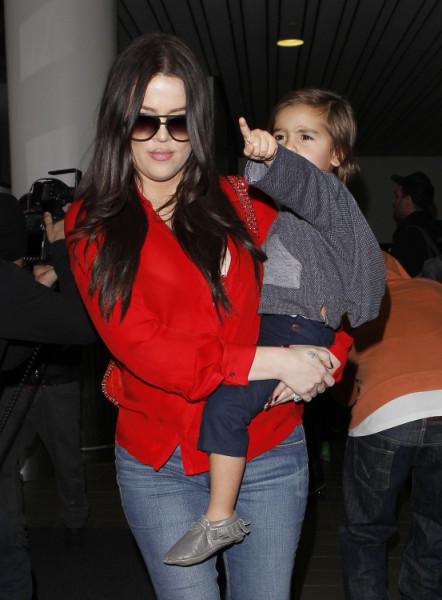 Khloe Kardashian would tell you she is full of unbreakable joy—that’s the name of her and hubby Lamar Odom’s perfume. But the youngest Kardashian sister is having about as much luck in love as her sisters—Kim Kardashian and Kanye West are rumored to be pregnant, and Kourtney Kardashian keeps refusing to commit to baby daddy Scott Disick. We’ve been really critical of Khloe’s performance as co-host of The X Factor USA, but a new insider explains it may not be her fault—the stress of her crumbling marriage is affecting her work life. Lamar has a bad track record when it comes to commitment. The NBA player recently skipped a court date with his ex-wife Liza Morales, who is fighting for child support.

We previously reported that Lamar was partying in Oklahoma City with thin, leggy brunettes. Since then, he’s been hitting up clubs across the country, in Detroit, Charlotte, NYC, and leaving Khloe home alone. But now he’s done the unthinkable—he’s taken off his wedding ring. Most celebs will maintain a happy, stable marriage until the day one of them files for divorce papers. Lamar isn’t so smooth. He has no idea how to behave publicly to save Khloe some dignity, and so has just thrown in the towel altogether. A source reported to inTouch Magazine, print edition December 31, 2012, “He always puts his ring on after a game. So for him to not be wearing his band at a club . . . It’s embarrassing to Khloe.”

Khloe is always on Twitter trying to keep up a good face, but it isn’t fooling anyone. An eyewitness from The X Factor USA reported, “Something seemed off” during Khloe’s hosting. “She appeared stressed and out of sorts.” Lamar won’t even put on a good face during the holidays. He skipped the Kardashian Christmas card photo shoot and had to be photo shopped in, and then he skipped nephew Mason’s birthday party, despite being off work. Khloe has tried everything to appease notoriously selfish Lamar, and is even working to get out of her contract for Keeping Up With The Kardashians, which Lamar hates to film. It sounds like she is changing everything about her life for a man who would rather abandon his kids and current wife to stay out all night clubbing. Could it be the Scott Disick affect? Do you think Lamar’s photo documented partying and tossing of wedding ring is proof of their decaying marriage? Is a Khloe Kardashian/Lamar Odom divorce imminent?