Khloe Kardashian Meets Secretly with Lamar Odom — Must Save Him From Dangerous World of Crack Cocaine! 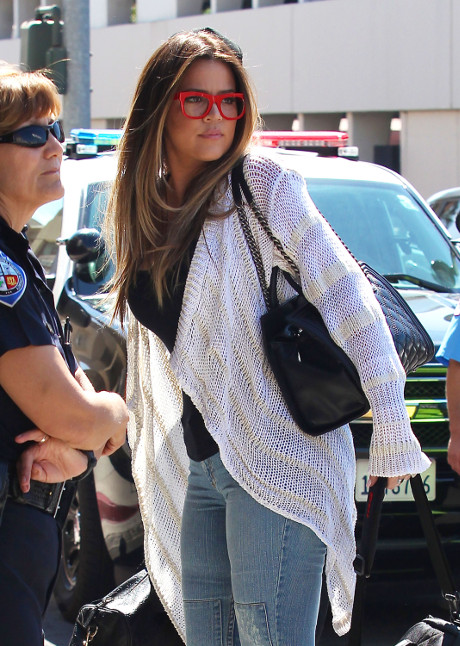 According to sources, Khloe Kardashian has met secretly with Lamar Odom — her cheating lover — in an attempt to save him from his harmful behaviors — brought on by his alleged use of crack cocaine! It’s sort of hard to believe that Lamar’s extensive drug use could have been kept under wraps for so long, only to surface under these circumstance when Khloe and Lamar’s names are plastered all over headlines. It all seems a bit fishy to us, honestly, but regardless of what we think . . . . Khloe Kardashian, according to TMZ, is on a saint-like rampage to save her cheating lover from completely going down in flames.

Could this be another precisely calculated move by Kris Jenner — always good at milking her families fortunes and misfortunes to ensure the proliferation of the Kardashian brand?

Supposedly, Khloe has yet to give up on her love; however, she says that she will not get back together with him until he’s clean and sober.

TMZ reports: “Lamar has plunged into the dark world of crack cocaine and Khloe effectively separated from him after throwing him out of the house last Wednesday when he rejected a family intervention. We’re told Khloe has not given up on Lamar although she says she will never get back with him until he’s clean. On the other hand, we’ve learned she has taken no steps to file for divorce because she believes there’s still a chance Lamar can be saved.”

We’re not sure who out there believes this story but there are bound to be some folks who do. If you’re one of them, let us know! Doesn’t it smell a bit fishy?