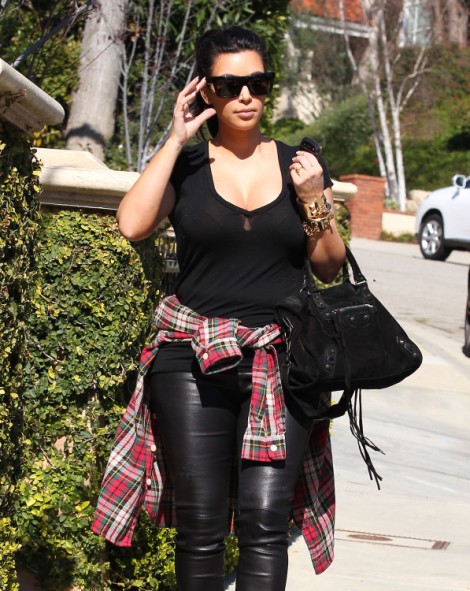 I don’t get why people post old photos of themselves on social media. I just don’t understand the purpose. I thought the whole idea of facebook/instagram was to keep people up-to-date on what was going on in your life at the current moment. Perhaps I’m over-thinking the whole thing but it just seems like a false sell to me. It’s like internet dating people who post the pic they took two years ago before they put on the twenty pounds. The message is: “I might not be a head turner now but I was way hot at one time”. Is that Kim Kardashian’s instagram message as well?

Kim recently posted some new/old sexy pics of herself post-pregnancy during some photo shoot. She is undeniably beautiful and her body is rockin’. But what the ef is the effin’ point? Is she trying to remind us that she used to be sexy? Wouldn’t she be doing women more of a solid but keeping that idea in line with how she looks now? Hey man, I get it. The first several months of pregnancy is jarring to say the least. No matter how hard you work out your stomach still grows and you still can’t help but feel a little softer. It can mess with your head. Do you think it’s messing with Kim’s? Why else post old photos of yourself in a bra and a tight skirt?

There have been the rumors floating around that Kim is freaking out over her weight gain. She’s been seen at the gym constantly (although not much lately. I wonder what Tracy Anderson has to say about that), and has even tweeted her McDonalds cravings. So there’s definitely some stressing going on. Is it just normal, healthy stressing or are the pics a sign that she might be letting this all get out of hand? I just think it’s weird that Kim searches for old hot pics of herself and posts them in her downtime. Just me? Do we all do it? Did anyone out there freak out during the beginning stages of their pregnancy? Kim Kardashian wouldn’t be ashamed of her body, would she? Hasn’t she made herself the poster child of healthy acceptance?