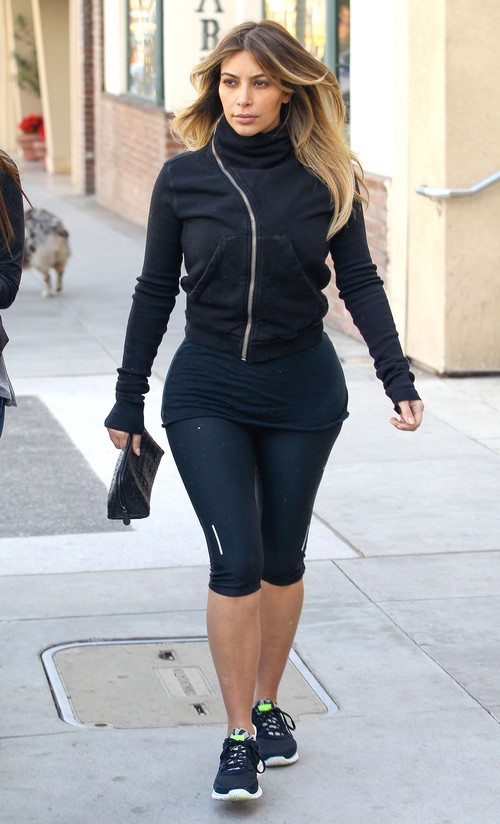 Who’s surprised by this story? Anyone? Yeah, that’s what I thought. According to a new report from Media Take Out, Kim Kardashian has once again gone overboard with the plastic surgery. The report claims that instead of trying to reconstruct her face from every angle possible, she’s now taken to adding more injections to her bum.

Alright, so this is Media Take Out, so we know the story’s a bit nonsensical. But even if it’s a wild guess in the dark, it won’t be too far from accurate when it comes to Kim. The girl’s practically addicted to plastic surgery, and it’s at such a point that you can’t even recognize her from 6 years ago. Her face is completely different, as is her body. Whereas it was normal and curvy before, she’s gained enough weight [or has had enough boob and butt jobs] to make her body look quite different. And that’s not even considering the fact that she always tries to stuff herself into the tiniest outfits possible, which just makes everything look so much worse.

Oh, Kim K. Why won’t you stay in your house, and prevent the constant criticism? She’s only inflicting torture on herself, and yet, she insist on complaining and complaining about it the public. As a famewhoring reality star who insist on having extensive plastic surgery every so often, every ounce of criticism is self-inflicted, and she’s just a massive hypocrite who lies about it to everyone, including herself.

What do you guys think about the story? You think Kim really did have booty injections? Let us know your thoughts in the comments.