Kim Kardashian Crying Over Fat Comments, Wants Everyone to Leave Her Weight Alone! 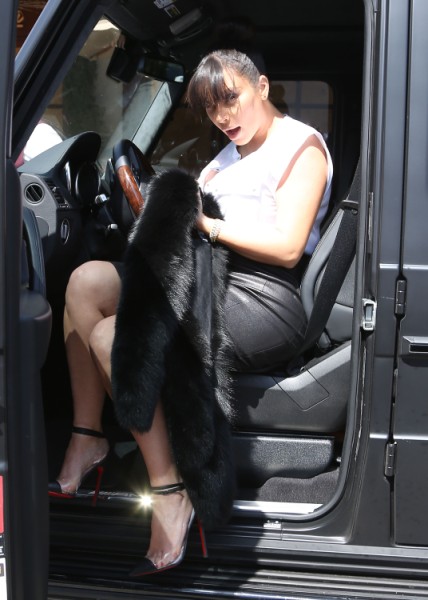 So here’s what Kim had to say on Twitter: “People can be so mean. It’s not cool and it’s not fair. People are saying, ‘you’re so fat!’ I’m like, dude, I’m pregnant! Social media gives people the guts to say mean things.”

Should people call her fat? No. That’s silly and ignorant. Does she have the right to defend herself? Of course. But let’s do some defending of our own now. Social media does give people the guts to say things they probably wouldn’t ordinarily say. Would I go up to Kim right now and tell her she’s a dumb ass who makes bad decisions? Probably not. But that’s Kim the person and not Kim the character. Kim is a reality TV star and has made millions off of her TV persona. And in case anyone forgot, she is filming her pregnancy during the next season of her hit show. So, in my humble opinion, her pregnancy, can be remarked on. She can’t just decide when and where she wants the attention when she’s milked it for so long.  Look, I’m not saying we should all talk about Kim Kardashian’s pregnancy weight gain all the time. It’s really not as fun as Jessica Simpson’s anyway. I like to think I’ve even defended her over the whole thing. But she needs to grow a thicker skin over that extra padding because if she has the right to exploit her pregnancy for ratings then everyone else has the right to exploit it for mindless entertainment. Am I wrong?

Should we be impressed? Should we back off? Has Kim Kardashian gained a backbone along with that baby or is her ego just raging along with her hormones?