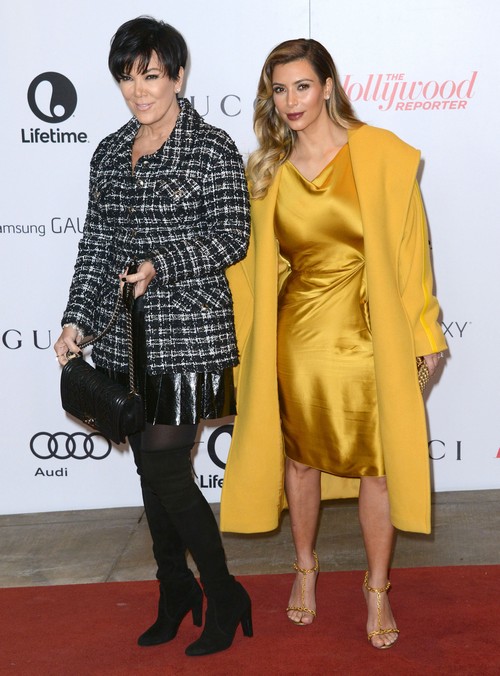 Because going a day without some sort of melodrama may cause every member of the Kardashian/Jenner clan to wither up and die, the lawsuit between the Kardashian siblings, their momager, and their ex-stepmother Ellen Kardashian heats up. It all started when the Kardashian’s sued their former stepmother accusing her of selling their belongings including a diary of the late Robert Kardashian’s to several publications. The contents of the diary contained explosive accusations about Khloe Kardashian’s paternity as well as Kris Jenner’s maternal skills which basically read like a how to guide on how to turn your child into a vapid fame whoring succubus.

Apparently, Ellen is taking a page out of the Kris Humphries playbook. She is countersuing using basically the same argument that Kris Humphries used when he accused Kim Kardashian of fraud during their divorce proceedings. Ellen is accusing her step children of fraud. According to Ellen, The Kardashian’s are using this lawsuit as a storyline for their dying show. A deposition of not only Kim, Khloe, Kourtney, Robert Jr but also producers of the show could shed some light on how the lawsuit fits in with any storylines for the show.

I’m willing to bet that Ellen Kardashian will be just as successful as Kris Humphries in this endeavor. It’s practically common knowledge that nothing about this family is authentic and everything is made for public consumption; my guess is that a settlement will be reached at some point. The attorneys are the only real winners here. They are making a fortune because their clients are stupid, petty, vain and wealthy. What do you guys think? Is it worth it for Ellen Kardashian to fight to the end or give up?