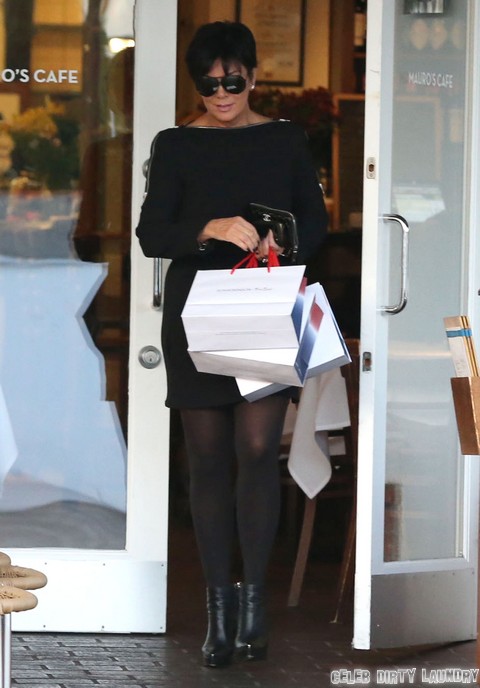 In the past week, we’ve heard shocking reports from the alleged diaries of the late Robert Kardashian Senior, father of the sprawling Kardashian family. Rumors include: confirmation of Khloe Kardashian paternity scandal, stories of verbal and physical abuse from Kris Jenner especially on Kim Kardashian, and now it seems that Kris is blackmailing her children to speak against step-mother Ellen Kardashian!

A new report from inTouch Magazine, print edition February 11, 2013, shares excerpts from Robert’s diaries, including news that Kris never wanted to be a mom! He wrote that “she liked buying them clothes, making them beautiful,” but her maternal instinct ended there. Instead, she was a cruel, unattached mother who was physically abusive and threatened her daughters not to tell.

“I got a phone call,” Robert Sr. started, “from Kourtney [Kardashian] . . . saying that her mother has been verbally abusing her and pulled her hair. Kourtney then dug her nails into her mother’s arm and her mother twisted Kourtney’s arm.” The report claims that Kris, who is responsible for their $100 million empire, is “ruthless when it comes to money . . . the girls all know . . . she exploits them and can be a monster.” Instead of cutting her off, they cling to her, addicted to the fame and wealth.

Kris has been encouraging the girls to publicly renounce Ellen as a “delusional black widow.”Khloe has been most vocal on Twitter, claiming to be disgusted with the woman who her father probably didn’t really love. Of course, of all the family, Khloe is most in denial, especially when it comes to her marriage, and her real father! It’s impossible to trust anything this family says, unless it’s about clothes or make up! Do you trust the diary entries? Is Kris a bad mom—just not that bad? Let us know your thoughts on the unraveling mystery that is the Kardashians!