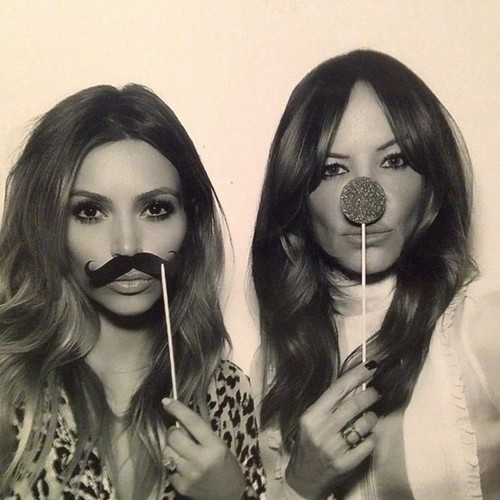 The Kardashians can’t do anything without letting the world know about it in full detail, and their Christmas party was no different. The public received constant updates from the party via Instagram and Twitter, and the pictures from the party just kept on coming.

The party took place at Kris Jenner‘s home, and all the usual faces could be seen, including all the Kardashian sisters, and Kanye West. There were some interesting tidbits revealed in those pictures though, so I guess they’re not a complete waste. First of all, it’s becoming more and more obvious that Kendall Jenner did get something done to her lips – either that, or she’s constantly using some sort of lip plumper. Considering her family’s history with plastic surgery, we’re going to go with the former.

Also, although Khloe Kardashian didn’t pose with Matt Kemp, he did turn up and take a photo in front of the Christmas tree. The fact that this picture was uploaded is a clear message to the public – if she didn’t want people to know that she was dating him, she wouldn’t have let the picture be taken. But as always, she’s playing games with the media, not realizing that everyone is already two steps ahead of her.

Kim Kardashian also posed for several pics with Kanye, captioning one with, “Kisses goodnight.” Really, the sole purpose of this party seems designed to show off the Kardashians’ wealth and narcissistic tendencies. They’re basically celebrating themselves and want the world to know it. Ugh.

What do you guys think of the pics? Let us know your thoughts in the comments.