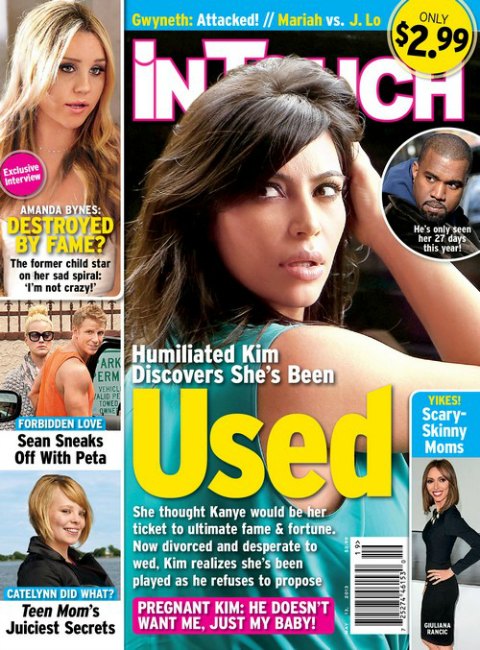 Apparently Kim was all like “You and me and baby makes three” with Kanye, but he’s giving her the cold shoulder. She got a divorce so that she could attach herself to Kanye physically and financially and probably thought that she would be set for life. That was until she finally came to the realization that her fat gigantic butt was only being used as a baby incubator!

The tabloid reports that Kanye has been using Kim and he refuses to propose to her. Not shocking, really. Considering that she has already shown her babymaker for millions of dollars, she’s nothing better than a baby factory at this point. Did she really think he would make her Mrs. Kanye West when it all came down to it? She wants marriage, as she has already said, but is he going to give it to her? Our guess is no, considering that since she’s gotten pregnant, he hasn’t really spent that much time with her. In addition, he let her piggy self sit in the hot Grecian sun for days before sending a plane for her to take her whiny self to Paris.

What do you think? Is another, THIRD, Kim Kardashian wedding in the works? Or is Kim just wishful thinking at this point?