Kim Kardashian and Kanye West’s Baby Girl Featured On Keeping Up With the Kardashians – Kris Jenner and Ryan Seacrest Win! 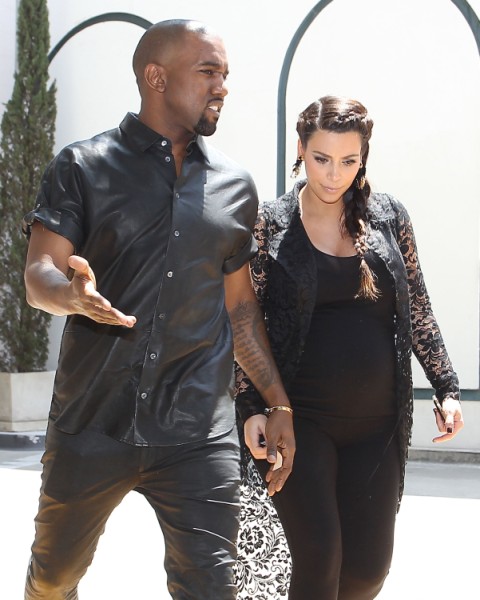 Kim Kardashian reportedly doesn’t want her baby to be a part of her reality TV empire. Really! Give me a break – this reality diva will not give up the opportunity to showcase this baby girl all over the E! Network.

RadarOnline reports that the child won’t be appearing on television anytime soon, much to the alleged displeasure of Kardashian matriarch Kris Jenner and Keeping Up With the Kardashians executive producer Ryan Seacrest.

Kim has said that the birth won’t be featured on the E! series, unlike Kim’s older sister Kourtney Kardashian, who gave birth to baby Mason and Penelope Disick on the season’s finale. This is really a laughable joke especially since E! views this as ratings gold and mommager Kris Jenner will not let her next golden ticket get away because of a little thing called a baby daddy (Kayne West).

If you want to become a millionaire than go to Vegas and bet on baby Kimye being on Keeping up With the Kardashians and any other spin-off , including Kris’ new Talk Show, because if Kris Jenner is already shopping around for the highest bids for photos of the baby girl than she will not let Kayne stand in her way of what is best for her family in her eyes.

Last week, Kardashian whined about her lack of privacy in a long Twitter rant, “I get I live a public life. I live my life on a reality show for the world to see. I love my life, but when the cameras stop, that doesn’t mean I don’t want a break too. I’m 32 yrs old now, about to be a mom. I’m not 25 clubbing around LA anymore.”

Kim face it, there are so many more successful famous people who keep their children out of the limelight because their financial future is not tied to a reality television show or they have some dignity, some gravitas.

Once this reality television gig is up so will the Kardashian Kollection and everything else that is tied to your fame. Why, because you have no talent nor does any member of your family – of course Bruce Jenner had great athletic talent but now he is all about Bptox. For the record – having millions of twitter follows does not measure fame – just a voyeuristic interest in your decadent disgusting life which you flaunt.

Baby daddy Kanye West is “dead set against” his first child being in front of the camera but Kayne you should have picked another baby mama whose fame is not tied to the cameras. The reports of Kim being “conflicted” about the contrast between what her mom and Kanye want is ridiculous. In the end, this baby and Kayne’s child support might be Kim’s meal ticket for life.

I guess we’ll have to wait and see if Kimye’s baby makes it on TV! What do YOU think should Kim and Kanye have their baby girl on reality TV? And if they don’t, then how long will it take before the infant is thrust before the harsh cameras?

Editor’s Note: Do you see the same mom and daughter duet who produced and marketed their own sex tape, featuring the daughter, NOT using the baby girl commercially?