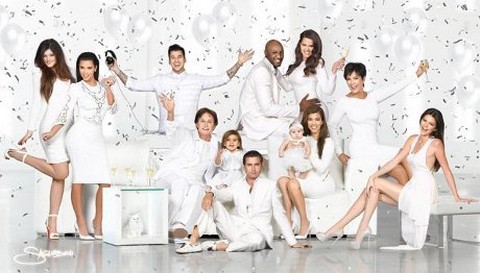 If this isn’t the pot calling the kettle a slut, I don’t know what is! Rob Kardashian hasn’t really made any name for himself—besides his sock line at Neiman Marcus, his only identifier is “Little brother of Kardashian sister trio.” Seriously. Name one other thing he’s done! Well, now the crybaby brother has come out and insulted the very sisters who earn his paycheck!

During the CIROC Vodka New Years Eve Countdown in Miami last night, Rob let slip his true feelings about Kim Kardashian and Kanye West’s unplanned pregnancy: “I’m so proud of my sisters, but I’ll be married before I have a baby.” Uh, I am so sure. But I’m pretty sure a woman has to enjoy your company before any wedding bells ring! In case you’ve forgotten, his other sister Kourtney Kardashian is also unmarried, but has two children fathered by Scott Disick. She keeps refusing to commit to him, but says she wants two more kids! It’s almost like it’s a modern family, or a super unhealthy relationship in which the parents are either (a) wild playboys with no sense of responsibility or (b) self-obsessed reality TV stars who only have kids so they can sell the pictures to Life & Style. Or both!

While we don’t agree with anything containing Scott Disick, Rob’s words are pretty harsh! He tried to backtrack, explaining, “I think everyone is just excited about and focused on the baby right now.” So they aren’t even going to tie the knot before the birth? Oh, that’s right! Kim is a borderline polygamist—she’s still legally married to NBA star Kris Humphries. There’s something bittersweet and poetic about divorce proceedings that last longer than the marriage! And even though I don’t enjoy Scott, it isn’t as if he’s some random guy who keeps knocking Kourtney up! They’ve been together for half a decade, and they seem to provide an adequately stable home for the kids. Do you think Rob just slid right off the inheritance list?