Kim Kardashian To Quit “Keeping Up with the Kardashians” – Kanye West Demands Privacy? 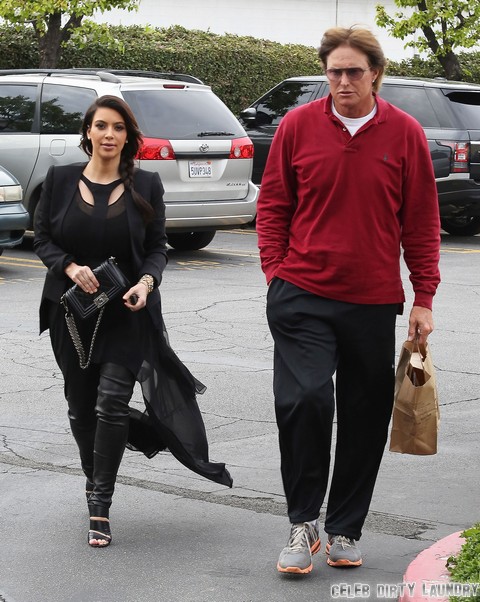 Hell hath frozen over! We never thought the day that Kim Kardashian sought to keep a secret would come, and yet here we are. The notoriously vocal sex tape star has built an empire on scandal, and has displayed symptoms of being hopelessly addicted. But baby daddy Kanye West wants a private life, and is sick of her family’s brand, so he’s forcing her to leave it! The pregnant star’s hands are tied—except that her options are be a TV star or live with a bajillionaire rapper and never have to work another dishonest day’s work. Life is hard, isn’t it?

In an interview with DuJour Magazine, Kim hinted at her departure from Keeping UP With The Kardashians, which is currently filming its 8th season. “I think there’s always an evolution of, you know, what you want to do in life.” What was Kim’s again? Right—porn star, socialite, reality TV star, fashion designer, cosmetics designer . . . the list goes on. But even with all her new cheap Kardashian brand lines, she’s kept up with the TV gig, which Kanye hates. Kim said that he’s taught her “a lot about privacy. I’m ready to be a little less open about some things, like my relationships.” And if that isn’t enough proof, she went on to say, “I’m realizing everyone doesn’t need to know everything. I’m shifting my priorities.”

But to shift priorities, they have to exist! I think Kim is just discovering priorities, and can’t imagine a world that requires fewer live-in makeup artists. But the thrill of filming has gone, and Kim believes that life “is all about finding things that really excite you and motivate you and spark you all over again.” Where will Kim find her new spark? Surely not motherhood! Do you think Kim will reestablish her career? Any job suggestions?

Editor’s Note: Kanye West is as big a media whore as Kim.  Nobody craving privacy or possessing even a touch of dignity would go near a Kardashian, let alone have a child with one.