Will Kim Kardashian’s Baby Have To Carry Kris Humphries’ Name: Is he Ruining Her Life? 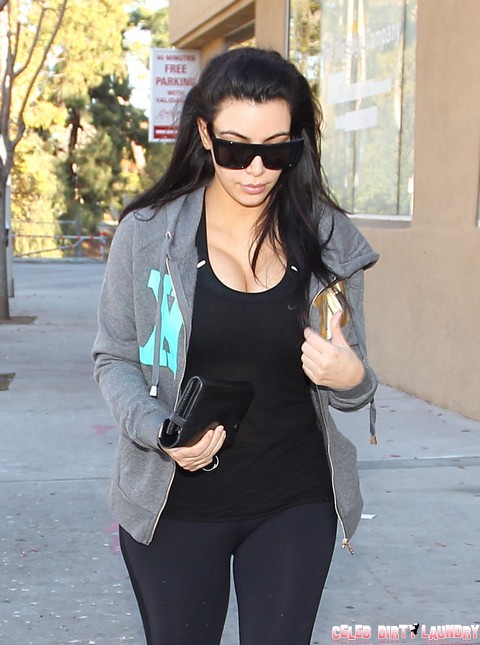 It seems as though Kim Kardashian and estranged husband Kris Humphries are meant to be.   I kid, I kid.  In amazing and breaking news, Kim will still be married to Kris when she has baby Kimye.  High-larious!  Kim just can’t catch a break.  I guess that’s karma coming for her after the fake wedding and marriage she put Kris through.  Granted, he does seem to be a bit of an arrogant a**hole, but come on.  She married him for ratings.  Then claimed she made a mistake on a “very special” episode of Keeping up With the Kardashian’s.  She made him look stupid, so of course he’s going to make her suffer.

I am actually surprised these two haven’t killed each other.  And why hasn’t Kim’s new baby daddy, Kanye West, made a move to kick Kris’ ass?  Oh, that’s right.  Yeezy is like 5’10” at best and Kris is like 10 feet tall.  Then again, Kanye’s BFF Jay-Z could do him a favor by messing with Kris’ career and dropping him from the Nets.  But something tells me Jay is above all of that.

Now what Kim should do is thank him for prolonging the divorce.  This fight is actually adding days to their marriage so on paper it won’t look so bad.  Who am I kidding?  She’s still going to look like an evil famewhore to the court.  Radar Online has posted an exclusive interview with a source close to Kim claiming she has had it with Kris’ B.S.  Kim believes that Kris will “drag her through the mud” before the divorce is said and done.

Oh, no sister.  You did that to yourself.  Just admit that your wedding and joke of a marriage was a ratings ploy and get the annulment so Kris can move on and your baby can take his or her daddy’s name instead of your husband’s.

Pregnant reality star Kim Kardashian leaves the gym after a workout on January 3, 2012 in Studio City, California. Kim is trying to stay in shape as best she can so as to not struggle too much in dropping the baby weight she’ll be gaining over the next 6 months…