Kanye West Allowed Kris Jenner To Film Kim Kardashian’s Birth, Will It Make It On The Show? 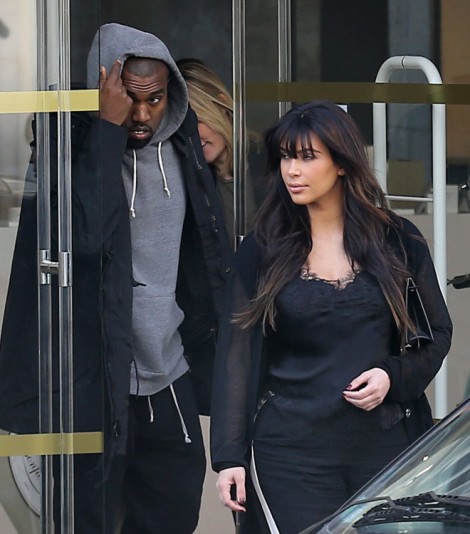 Did Kanye West relent at the last minute? Was Kim Kardashian’s delivery filmed? It was indeed if you believe Radar Online. A source told the website Kanye actually allowed Kris Jenner to catch on tape the moment Kaidence Donda West came into this world. But will the world ever get to see it?

It turns out E! camera crews did follow Kim to the hospital Friday night when she went in after complaining of stomach pains. They were around all week because they were still filming for Keeping Up with the Kardashians but Kanye told them to get lost when he saw them there. He probably told Kris Jenner that too but she refused to listen.

“Kim’s momager, Kris, who was in the delivery room, filmed portions of it for family viewing only. Kanye told Kris when she could film,” the source said.

That sounds so unlikely to me. Do you believe Kanye would tell her to stop and start depending on what was going on? And I thought this was sort of a traumatic event. We’re dealing with a five-week early preemie that had to go into an incubator. Was it appropriate for Kris to be all “Kim! Turn your head to the right so I can get you in a better light!” But, then again, these are the Kardashians and this is Kris Jenner. Anything is possible.

In other news we’re still waiting on the confirmation of that name and on whether Kim and Kanye have released any photos to the tabloids this week. I doubt they posed for a cover so soon but that doesn’t mean they won’t snag each and every one anyway. I’m definitely feeling an exclusive interview though. That’s a given, right? You’ve got to strike while the iron is hot. Kate Middleton’s baby will be all the rage in a few short weeks. Kris and Kim have a small window to make that monies!