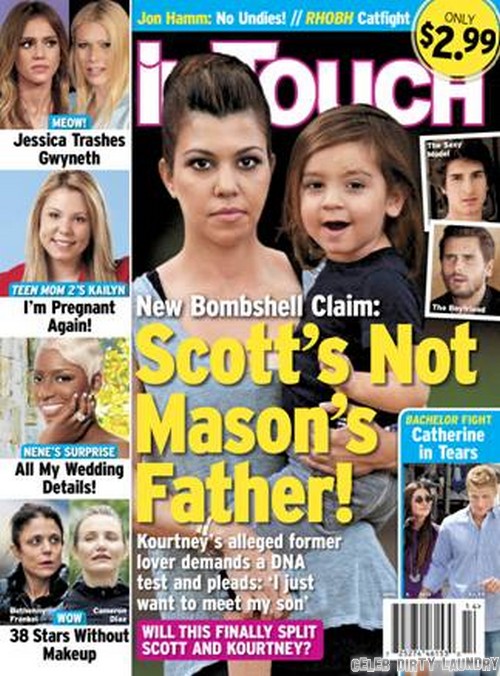 Well here is a bit of a shocker! Maybe not to Kourtney Kardashian, but Scott Disick may want to think about hitting up a DNA testing center! Poor schmuck. We almost want to feel sorry for him….ALMOST.

Los Angeles based model Michael Girgenti claims that he could be Mason Disick’s biological father — after he and Kourtney had a fling back in 2009. Oh snap! And hey, isn’t this guy a total upgrade from Scott? 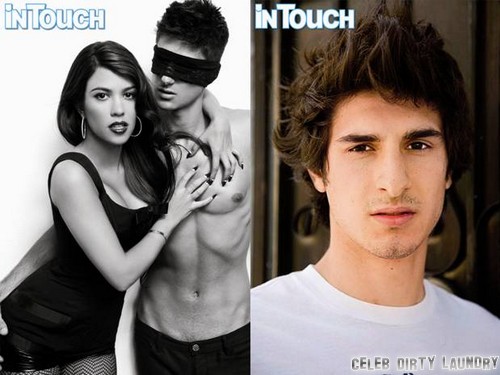 Of their fling, he said, “We started kissing, making out and touching each other. We were fooling around on the couch for a little while before I took her to the bedroom. I slipped her clothes off. She helped me undress, and we fell into bed.”

Nine months later, Kourtney gave birth to Mason and had already reconciled with Scott. Michael claims that he believes he’s the father of her son. He said, “After he was born and I saw photos of him, I began to wonder.”

Kourtney says that they did work together, but anything more than that is just fiction. Her attorney said, “They did not exchange contact information. Since the August 20, 2008 on-set photo shoot, Kourtney never spoke with him, saw him nor met him again. Kourtney has never been alone with him, and Kourtney certainly has never physically/intimately been with Mr. Girgenti.”

That’s right — because lawyers don’t lie or anything, right?

Michael wants definitive proof with a DNA test. He added, “I would definitely want to acknowledge Mason if he’s my kid. He deserves to know his real father.”