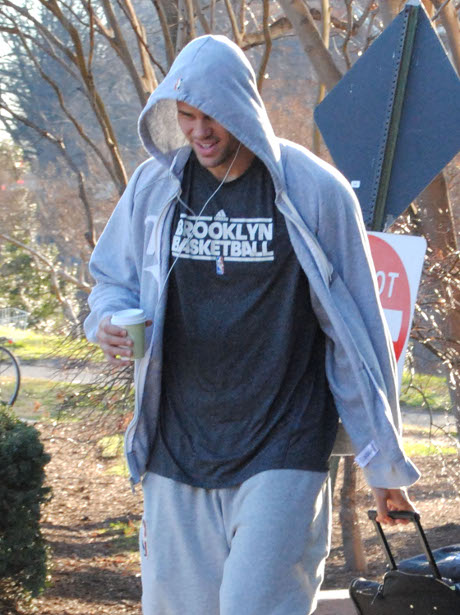 Kris Humphries‘ herpes lawsuit has been a huge, drawn out ordeal, and he’s finally just had enough. Kris recently came out saying that he’s one hundred percent herpes free. He hasn’t given the virus to anybody and, in case people are curious, he even has the test results to prove it. Of course, the test results are private and locked up in fancy legalise padlocks. But he has the results. And he wants his name to be cleared.

Kris’s firing back to these crazy reports come in response to a lawsuit filed by Kayla Goldberg back in 2010. Kayla claims that Kris gave her herpes after a brief sexual encounter at a club. Kris doesn’t deny having sex with Kayla, but he is adamantly denying the fact that he passed on an unfortunate case of herpes to his impromptu hook up. The major scandalosity surfaces when people become aware of one important detail: Kris started dating Kim Kardashian in December 2010. Therefore, people are raising eyebrows. Did Kim Kardashian give Kris Humphries the herpes he allegedly passed on to Kayla Goldberg?

*sigh* People really throw themselves hard into making connections and accusations, don’t they? I think we need to put this one to bed, folks. I don’t think Kim K gave Kris herpes, and I don’t think Kris H gave Kayla herpes. So Kayla should probs stop trying to con Kris Humphries for a piece of his fame. Anyone linked to Kim Kardashian is going to make headlines. Kayla is undoubtedly getting what she wants. She should probably be using this time to figure out who actually gave her herpes.

TMZ reports the following: “In the docs, filed in L.A. County Superior Court, Kris does not deny sleeping with Kayla, but insists he never passed on the herpes virus — because he got tested for the disease after the hook-up and it came back negative. Kris attached the alleged test results in his filing, but they are under seal. Kris wants Kayla’s lawsuit dismissed. A judge has yet to rule.”

What do you think about all this herpes nonsense? Let us know in the comments section below who you believe and who you don’t believe. Personally, I think they’re all a giant floppy bag of crazysauce.