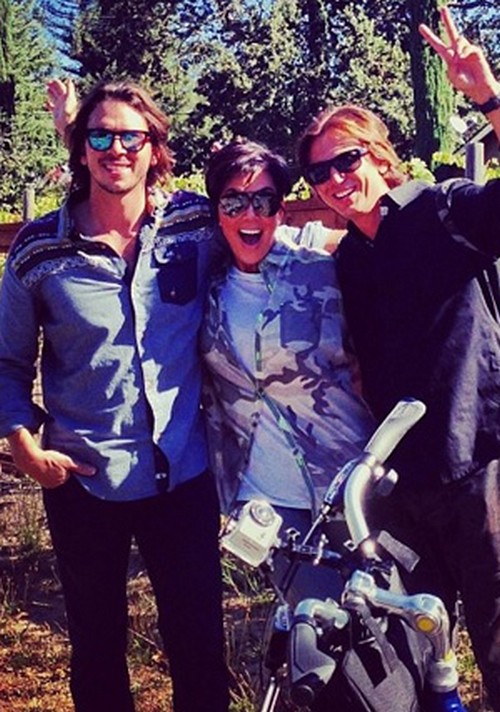 Kris Jenner is at it again. She’s looking for a new man to up the family profile and this time she’s not shopping for her daughters. That’s right barely a month into her separation, Kris is already looking for her next trophy husband. Bruce Jenner was all right for a while but come on. Who honestly remembers Bruce Jenner at the Olympics? Anyone? Find I’ll take that as a no.

Bruce may have been the one supporting her post-Kardashian divorce but he just can’t keep up with his wife. Especially not when she’s pretending to be the same age as her daughters. That’s why she’s been eyeing Ben Flajnik of all people. Sure he’s young but the reason why he remains memorable after his season on the Bachelor ended is because he was engaged to one of the craziest and neurotic women on TV. Kris must have known she was exactly his type.

Yet the whole man chasing business doesn’t seem to suit her. There is a handful of women out there that can date a man half their age and pull it off. Kris is no Madonna. She’s more on the Demi Moore side of the equation. As in people laugh at her and not with her.

That’s what you get, Kris. You mean girl your own husband into wanting to escape you after years of him being your obedient lap dog. Why kick a dog when he’s down? There are no excuse for that and I won’t be making excuses for you now.Go after Ben! Then watch as we all laugh at your attempt to get together with a D-lister. Five bucks says she doesn’t know he’s that far down in the alphabet!