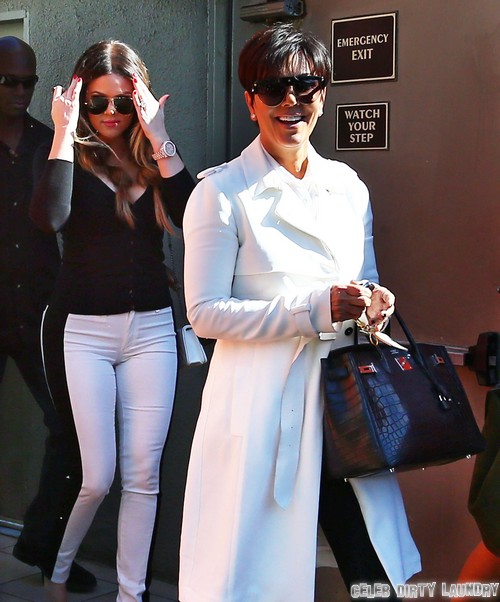 I don’t think I ever really understood the marriage of Bruce Jenner and Kris Jenner and as years of it has unfolded before our eyes in their reality show I get it even less. These are two people that clearly can’t stand each other and are better off living apart- as they already do. Bruce has gone through several cancer scares and the most recent one left him with a chunk of his nose being removed. Cancer is scary business and so you would expect Bruce’s wife to be at his side but she spent days partying in Mexico with noted douchelord, Joe Francis and a bunch of his closest pals.

Kris finished her partying spree and flew home in time to be there for Bruce’s surgery, I know big of her, right? But according to the Oct. 7th print edition of National Enquirer Bruce is actually terrified that some form of cancer will kill him in the next few years. Kris is supposedly worried for Bruce but obviously her actions seem to tell a different story. The lack of support is just one more reason for Bruce to contemplate making their separate lives a more permanent solution in the eyes of the law.

How much longer before these two actually divorce? Or do you think they have found a comfortable way to remain legally married without having to interact too much? It’s pretty clear that Bruce’s grown sons, Broy and Brandon Jenner believe that he is better off without Kris. I think the Kardashian family would absolutely late to see Bruce leave, don’t you? Tell us your thoughts in the comments below!