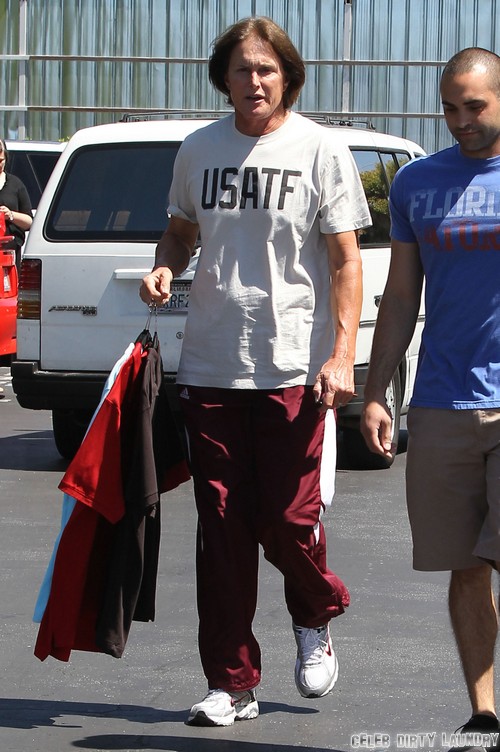 Another day, another report that Kris Jenner and Bruce Jenner are getting a divorce. The latest news comes from The National Enquirer and involves the Olympian calling the cops on the momager. The tabloid claims Bruce went berserk and these two are headed for an explosive divorce.

The rumor that these two have called it quits after 22-years of marriage has been on fire for the past couple of years. Everyday there seems to be a new story, adding another element of drama to the lives of this reality TV power couple. From cheating scandals, to multimillion dollar settlement demands, to living apart, the marriage of this one time happy couple seems to have crumbled, at least in the eyes of the media.

As she hits the talk show circuit to promote her own talk show, Kris has constantly denied that she and her hubby are dunzo. Although I am sure the point is for her to squash rumors and be convincing about it, she does neither. Her response is very scripted, just like her family’s reality TV show and does little to spot the speculation regarding the state of her marriage. Even the show is touching on the split of Kris and Bruce, if you watched the premiere episode you know what I am talking about. However in true TV fashion there is always a happy ending. This time Kris in the end missed Bruce, so she told him and ordered him to come home. He of course did and all was well in Kardashian-Jenner land.

It seems to me that a real-life Kris and Bruce Jenner divorce is inevitable. With only a couple of more seasons of KUWTK left, I envision it unfolding more on the show with a divorce revelation happening as the series ends. You know what they say, where there is smoke there is fire and there is a lot of smoke surrounding these two, just sayin.

What do you think about all the divorce rumors involving the Jenner’s, is it all fiction or is there some truth to them? Tell us what you think in the below comments section.