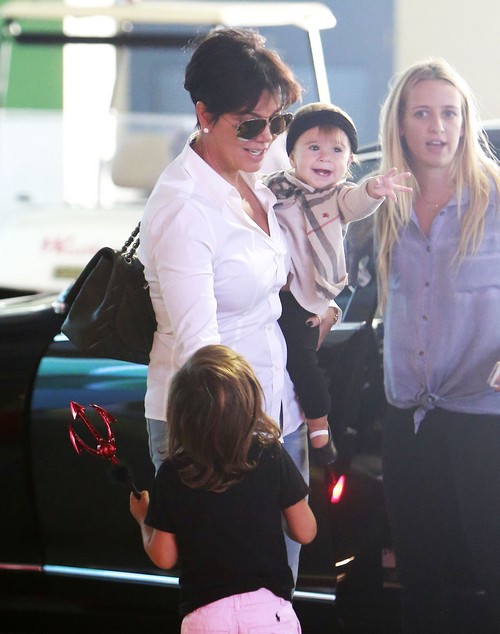 Kris Jenner doesn’t seem to understand that one of the most important tenets of being a mother is to not discuss your daughter’s private life with the press. But I guess reality stars view everything differently, and Kris Jenner has done just that.

Kris told E! News [of course it had to be E!] that Khloe Kardashian was holding up in the wake of all the divorce drama surrounding her and Lamar Odom, explaining, “She is resilient, but she’s very strong. She’s very sensitive, and she loves really hard, and she feels with all of her soul, but she also has the ability to put that game face on and go out there in the world and do what she needs to do.”

Khloe and Lamar have definitely been going through a lot, and it will be interesting to see how just much of this drama will make it to Keeping Up with the Kardashians. Of course, if Kris had anything to do with it, and she does, the whole season would deal with that to capitalize on the ratings.

In the end, Khloe’s the one who has to live with this, not anybody else. Kris can talk and talk all she wants, but if Khloe refuses to say anything to the press, why is Kris doing it for her? Maybe Khloe asked her to do it, or maybe Kris is just blabbing as always. Now, she gets to be on the cover of every tabloid with the title, ‘Kris Tells All’, etc.

What do you guys think about Kris discussing Khloe’s marriage? Do you think she has a right to do so, or should she just have kept her mouth shut? Let us know your thoughts in the comments.