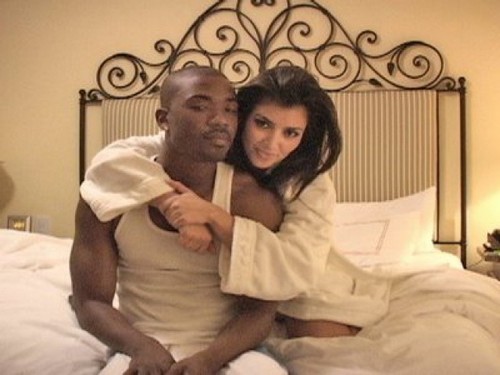 Kris Jenner was recently featured in an episode of In Bed With Joan, and while discussing her ‘momager’ duties with Joan Rivers, she touched upon some controversies surrounding her family.

Obviously, controversy numero uno is Kim Kardashian‘s sex tape, which many people believe was leaked by Kris Jenner. However, Kris claims that when Kim’s sex tape came out in 2007, she, ‘literally fell apart. I cried myself to sleep.’

If Kris’ face wasn’t so frozen, I would suggest that she go into acting. I mean, pretending as though Kim’s sex tape devastated her? That’s one of the bigger lies that she’s concocted, especially since she owes her entire career to that damn sex tape. Not only that, but she was the one who practically orchestrated the whole thing, from the idea to the actual sale itself. Because of that sex tape, she was able to ride her daughter’s coattails and fame to landing Keeping Up With the Kardashians, and establishing the Kardashian brand in American media.

What do you guys think about Kris’ comments? Do you think she actually believes that anyone will buy her story? Doesn’t anybody know by now that Kris had everything to do with that sex tape getting sold? Let us know your thoughts in the comments.