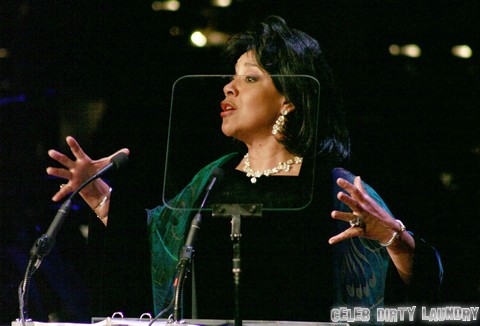 Way back when, if you were a child (or adult) of the 80’s then you looked up to the character of Claire Huxtable as an example of the ideal mom. Phylicia Rashad played the role on The Cosby Show and as a result she has always been thought of as an example when it comes to mothering. Apparently someone recently asked the actress her thoughts on momager of the century, Kris Jenner and  her reaction wasn’t nice.

According to the latest issue of the National Enquirer Phylicia believes that “Kris represents everything shallow and vulgar about Hollywood.”. Gee, I wonder what made her come to a conclusion like that. Is it the way that she has systematically pimped out her children and turned every single life event that they have into a made for reality television exclusive?

Did we need to see Kourtney Kardashian deliver two babies and Khloe Kardashian deal with a DUI and infertility as the cameras rolled? Then there’s Kim Kardashian who has had a Playboy spread, a forced marriage and then there’s that sex tape that Kris may (or may not have) directed! Obviously she is a boss first and mother second and that is something that wouldn’t sit well with anyone that claims to be a decent mother.

Kris does represent all of the swarmy things that Hollywood has to offer and unfortunately, the general public likes dirt. We like to watch a lousy mother in action and that;s part of the allure of Kris, I’m just not sure that she understands it this way!

Do you think that Kris is a walking example of what is wrong with Hollywood?  Do you think she knows exactly what she does or is she so lost in her own hype that she really doesn’t know what she has become? Tell us your thoughts in the comments below!