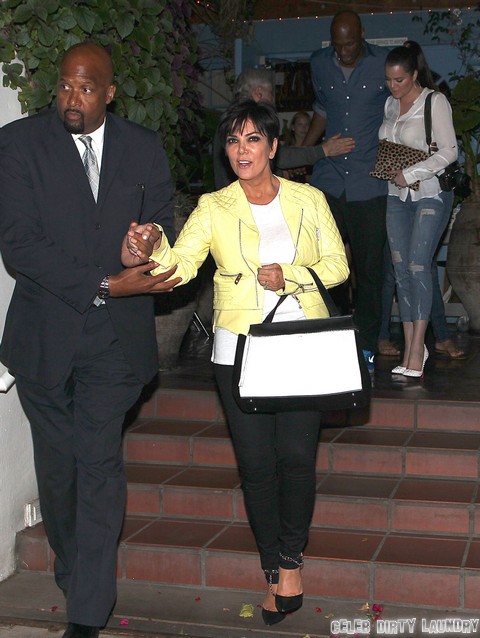 Are you sitting down? Are you? If not, now would be the perfect time to find a comfy chair to faint in. Kris Jenner – the matriarch, the mother, and the stalwart – is launching her own, executively produced “pop culture-driven daytime talk show” on the 15th of July.

As if being an acerbic bitch wasn’t enough….

Twentieth Television announced today that Robert Lifton will also join her as co-executive producer when the show starts its six-week trial summer run. Although Lifton has over 20 years producing experience, he is but a “novice” in the daytime talk show arena. His list of credits include E! Network’s Daily 10, Fox Sports Network’s Best Damn Sports Show Period, Bravo’s Property Envy, Access Hollywood, and ESPN SportsCenter.

Jenner’s reign as the Kardashian “momager” is slowly coming to an end, so in order to circumvent this, Jenner decided to try her hand at one of the most difficult areas of the entertainment industry – daytime talk shows. Several celebrities have attempted to re-build their careers with this tried and tested formula, but most of them failed within the first six months – except Ellen DeGeneres. Her funny, sympathetic, and inspiring personality won over the masses and made her the most successful talk show host in America.

Unfortunately, Kris Jenner has none of the above mentioned attributes. Her reality show uses clever editing to accentuate her personality, but once she enters the arena of live, talk show television, she won’t be able to hide behind this faux-appearance anymore.