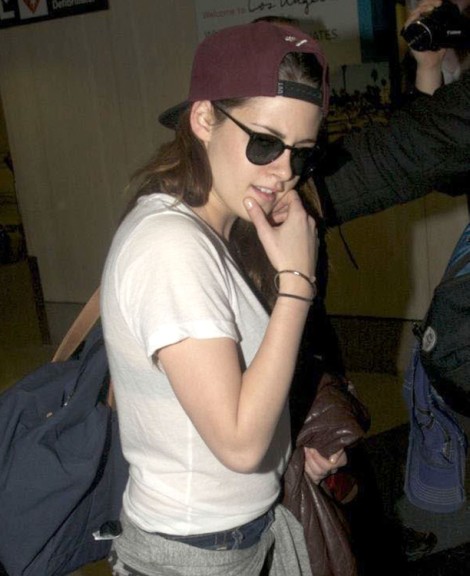 Liberty Ross is turning in to quite the little shit stirrer. That is, of course, if this story is even remotely true, which… come on. Does it even matter at this point?

According to British tabloids, Valentine’s Day was not Kristen Stewart’s Day. With her (maybe) boyfriend, Robert Pattinson filming in Australia she apparently was feeling a tad more neglected than usual and wasn’t shy about letting him know it. She channeled her inner Glenn Close and went to town bombarding him with phone calls. I’m not sure if he let them all go to voice mail or not. He’d have to pick up at some point, right? But The Sun takes the story one crazy step further because it reports Rob was too busy chatting it up with fellow embarrassed other half, Liberty Ross, who he has been using as a shoulder to cry on since the affair heard round the world. First on all, why is Rob STILL crying? And second, how can anyone lean on Liberty Ross? She weighs less than an Olsen twin. But that’s not stopping Rob.

“Funnily enough Robert’s always thought Liberty was gorgeous since he first spotted her in a magazine as a teen,” a source said. “They’re keen to meet up when they’re both in London in March.”

This has all got to be a part of Liberty’s master revenge plan, right? First steal Kristen’s career and then her man. This woman is on fire even if this whole scenario seems like it is way too good to be true. A Robert Pattinson/Liberty Ross hook up would be mind blowing and so much fun to cover!

But, as I’ve said before, I still have no proof Kristen and Rob are over. As far as I know he’s filming and merely couldn’t be with his girlfriend for Valentine’s Day. Kristen Stewart was most likely sulking somewhere but I doubt it had anything to do with Liberty Ross. The Sun misses the mark on this one as far as creativity, however, it’s entertaining as only fiction can be.

Or am I wrong? Are there some of you our there who think Rob is still hurt enough to make a play for Liberty? I have a feeling she’d go for it!