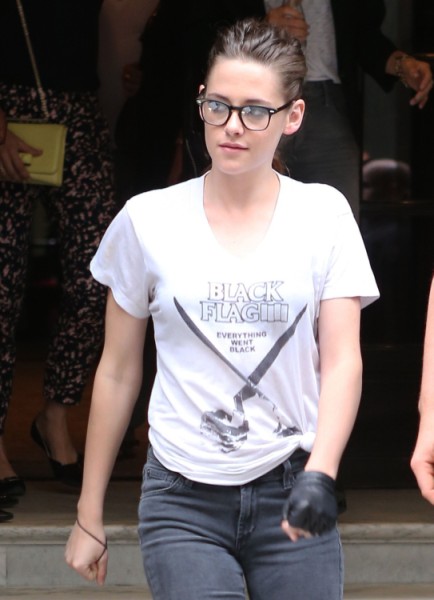 Of course she is. Because Kristen Stewart is officially Glenn Close in Fatal Attraction. We’ll all start hearing about her preoccupation with bunnies in the next few days.

Even after the successful Paris Fashion Week appearance and the joyride with friends and the fact that she just showed up for work ready and on time for her new movie, Kristen Stewart is apparently still a wreck and throwing down all kinds of hell on Robert Pattinson and Riley Keough.

According to Grazia magazine, Kristen is beyond pissed about Rob’s latest hook-up and has been texting/calling him and Riley for an explanation. The other problem – they’re not responding back.

“Kristen is furious and has texted Rob and called Riley to find out what is going on, but apparently none of her calls have been answered. Rob only knows Riley because of Kristen. Now they’ve been inseparable in the last few weeks and have been having low key dates at his LA home. Kristen is seething. She understands things are over between her and Rob, but to see him now dating one of her closest friends is just too much for her to deal with and seeing the pictures really hurt her,” a source said. 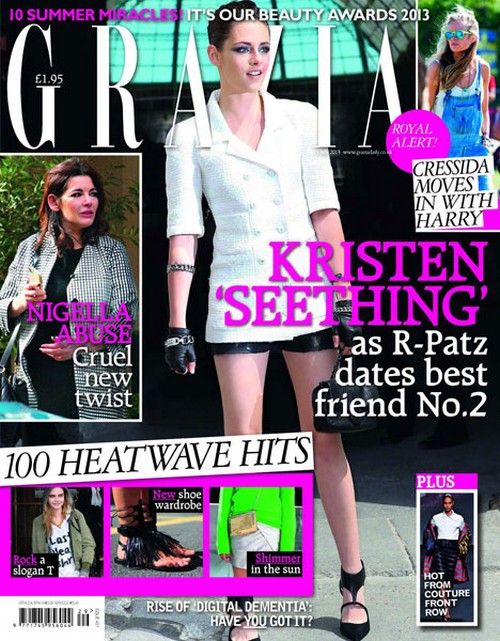 God, nothing infuriates me more than someone not answering the phone. I know you have your phone on you. Everyone ALWAYS has their phone on them! Just answer it! Screw Riley Keough. Kristen Stewart’s got my heart pounding over the missed phone calls. So frustrating!

But let’s backtrack a little here. Why is Kristen the crazy bag lady in this story? Her boyfriend dumps her and starts hanging out with her friends and she’s the weird one for wanting to know what’s up? Why is Rob the Teflon Don here? He’s not that good looking people. Let’s stop giving him all the breaks!! Is Kristen Stewart harassing them or just calling them out for being insensitive douches? FYI – Riley’s people still stand by their story that she was not the girl in the truck and she’s not dating Rob….