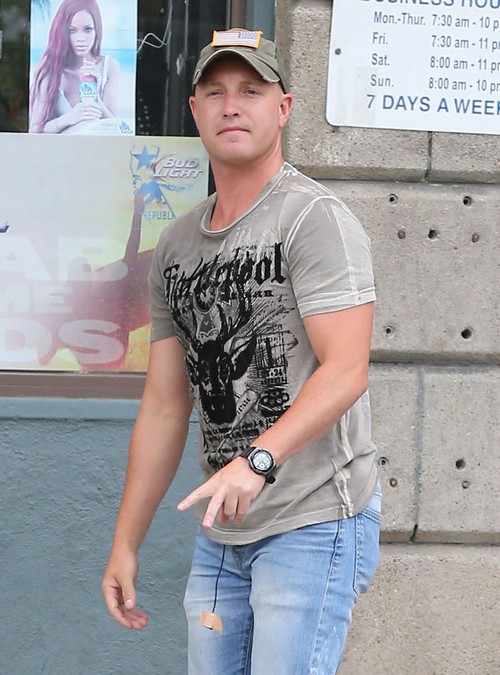 I would not be surprised AT ALL if this story ended up being true. According to a new report from OMG! UK, Kristen Stewart is secretly dating her Camp X-Ray co-star Lane Garrison.

Kristen does have a habit of dating her co-stars – she met Michael Angarano while making Speak, and then she obviously met Robert Pattinson during the Twilight films. And then she had an affair with Rupert Sanders, but he was her director instead of her co-star – which is close enough. So was Kristen unable to resist dating yet another co-star?

The report also touches upon Lane’s past with drunk driving and battery, but a ‘source’ adds,”[Kristen] understands his violent past but trusts that he’s changed and is really enjoying getting to know him.”

Look, I believe that Kristen and Lane are ‘getting close’ on set, largely because that usually happens between co-stars. And I believe that Kristen may possible know about his past, but she probably doesn’t care. And there might even be a little flirting – with dating a possibility in the future. But moving in? First of all, they’re both still shooting the movie, so where exactly would they move to? Secondly, all the legitimate reports state that Kristen’s still pining after Rob, so this guy might be a rebound, nothing more.

What do you  guys think about Kristen possibly dating yet another co-star in Lane Garrison? Do you think she should stop dating co-stars? At least, there’s no risk of sequels with this film.