Kristen Stewart Partied With Lindsay Lohan, Invited Her To Hang Out With Robert Pattinson! 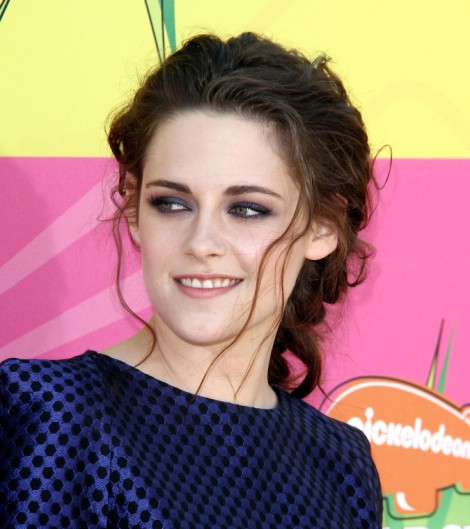 Remember all those stories from last summer involving Kristen Stewart partying with Lindsay Lohan? The story goes they met at a house party on the beach and Lindsay was all over her consoling her after the Rupert Sanders episode. Well, that might have actually happened because they’re at it again! According to Page Six, Robert Pattinson and Kristen took pity on the cracked-out former star and invited her up to Kristen’s house last weekend.

“They met through one of Lindsay’s friends who also knows Kristen. Lindsay and Kristen discussed their careers, creative ideas and how they deal with living under the focus of the media and the paparazzi,” a source told Page Six.

Creative ideas? Really? Does Lindsay still have those? Maybe she does actually. Conning the judge into letting her delay rehab until after Coachella was pretty damn creative – if not totally expected as well.

So how do we feel about this? I’m pissed! I’ve given Kristen the benefit of the doubt plenty of times over the past year. She made a horrible mistake and got slapped hard for it. But this… this isn’t so easily forgiven. Rupert Sanders was a piece of shit who quietly sulked away when times got tough. Does the succubus that is Lindsay Lohan ever do the same? No! She’s a user and will attach her cokey self to a brighter star for dear life and never let go and then tell everyone about it! This is not good, not good at all for Kristen and Rob. I thought they valued their privacy. This silly action is not indicative of that.

But come on Jeanne! Don’t be such a miserable biotch. Kristen’s just reaching out a friendly hand to a girl in need. Perhaps she wished more people would have done the same for her when she was going through her crisis. F-ck that! Lindsay Lohan is the lowest of the low. She takes everything and gives nothing and lives by the personal creed that nothing is ever her fault. Blame the media! Blame her dad! Blame the lawyer! Is that how Kristen and Rob think? Because how can you have that around without sharing some of its views? Perhaps I’m getting too worked up. Perhaps they were just bored one night and needed a cracky distraction. I could understand that. I would much rather them be a tad on the heartless side than be sympathetic friends of Lindsay Lohan.