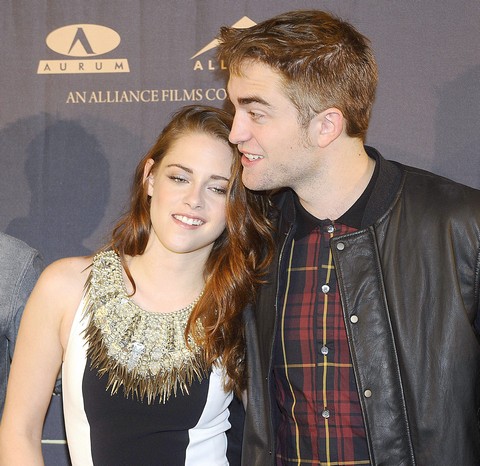 When it was first reported that Robert Pattinson and Kristen Stewart were spotted together, it wasn’t yet clear whether they accidentally ran into each other or were deliberately meeting up. However, an additional report from E! Online has clarified matters, reporting that Rob and Kristen spent four hours at the house that Rob is renting in Beverly Hills. After spending time together at Rob’s house, they reportedly tried leaving together but decided to split up once they saw the paparazzi trailing.

What does this mean for #RobstenUnbroken? Twi-hards were already rejoicing, but I can’t wait to see Nutty Madam’s reaction to this particular news. I mean, they spent four hours together at his house, and I highly doubt they talked or played board games. Sure, Rob’s a complete idiot for getting back together with Kristen, but maybe they’re just having sex? He did just break up with Dylan Penn, after an admittedly short-lived relationship. And lest we forget, he did date Kristen for an extremely long period of time and no matter what his feelings on her infidelity, it takes time to get over that kind of relationship. Most people tend to go back to their exes every once in a while, and although Rob’s already gotten back together with her once, I wouldn’t be surprised to see that he’s once again given in to his emotions.

Whether they’re back together or not, I doubt they will confirm it to the public. Obviously, the paparazzi will be following both Rob’s and Kristen’s every move for the next few days, and if she even enters Rob’s gated community, the public will know. They’ll probably lay low for a while, but I think it’s pretty clear that they’re back together, at least on some level. They may not be in a ‘relationship’, but they’re having sex, no two ways about it. It’s too easy to call Rob an idiot, but I feel for the guy. She’s clearly got some sort of hypnotic pull over him, although I sure as hell can’t see what it is. Can you?