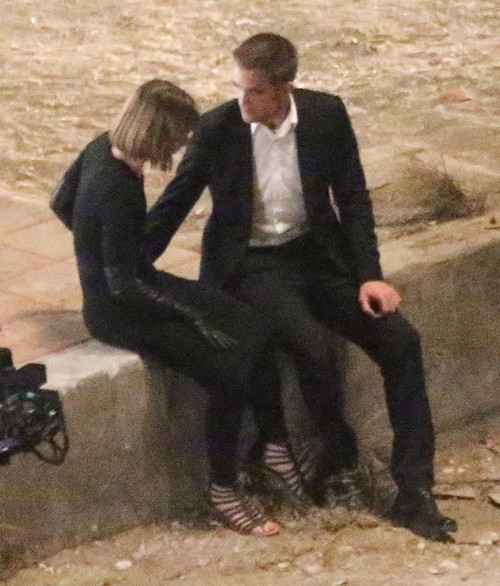 Robert Pattinson and Dylan Penn started ‘dating’ a couple of weeks ago according to the news, even though it was probably months ago. However, I think we can honestly say that Dylan is just a rebound for Rob, whereas he’s probably just a fun time for her. Do those two really look like they’re going to stay in a serious relationship? Well, I thought that about Rob and Kristen Stewart and they proved me wrong, so I guess anything can happen.

Regardless, a new report from US Weekly alleges that Rob and Dylan are already on the verge of breaking up because of the public attention their relationship has received. A source explained, “She doesn’t want to be known as Rob’s girlfriend. She’s afraid to get serious with him and lose her privacy.” The source also adds that Rob could care less what happens, explaining, “Rob isn’t ready to be exclusive with anyone right now. He’s just enjoying himself.”

Some part of me thinks that whoever wrote this was just feeding the Twihards by trolling, but another part of me doesn’t doubt it at all. Rob just got out of a very, very serious and intense relationship that lasted for several years. No matter how awesome Dylan is or how he may feel about her, I don’t think he’s ready for another serious relationship. Likewise, poor Dylan Penn probably didn’t expect to be hounded the way she’s been the last few weeks, and I doubt she’s very happy about it.

There’s also the Twihard explanation of Rob breaking up with Dylan because he’s still pining over Kristen, but they might be far off. I don’t know if ‘pining’ is a strong word, but Rob is probably still having a hard time getting over Kristen. It’s normal and completely understandable, and it’s just unfortunate for Dylan that she’s stuck in the middle.