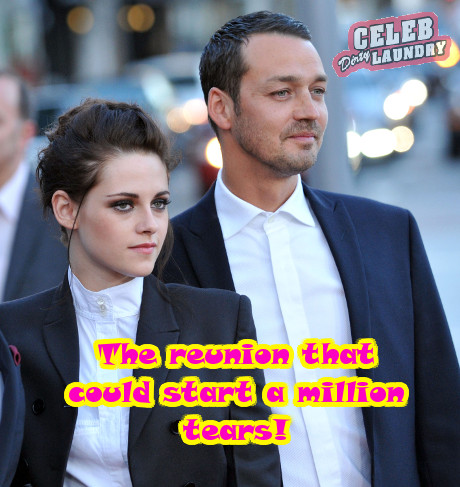 We thought the Universe was finally pulling Robert Pattinson and Kristen Stewart back together again, but if the recent story in OK! has any truth to it, then things might be about to crash and burn sooner rather than later. K-Stew might be reuniting with the man that destroyed the epic Twilight relationship in the first place. According to the story, Kristen could possibly reunite with director Rupert Sanders for another movie! Apparently, Rupert wants her to star in 90 Church, a crime drama that has Kristen’s name written all over it.

Sure that quote is probably made up, laced with exaggeration and perhaps generous doses of fiction, but it’s definitely a true statement. If these two did get together for another movie, the rumor and gossip mill would be well fed for months and this movie would sky rocket to the industry’s Hot List. (And Rob-Sten hopefuls/faithfuls/whatevers would journey into another Dark Age).

If this story is true, and Kristen really is contemplating working with Rupert again, she better think long and hard about her future choices. If she does go through with this she’ll most definitely be forfeiting anymore chances she has with Robert Pattinson. There’s no doubt in my mind he’d be distraught. What do you all think? Let us know your thoughts in the comments section below.