Kylie Jenner Has The Major Hots For Robert Pattinson: How Does He Feel About The Crush? 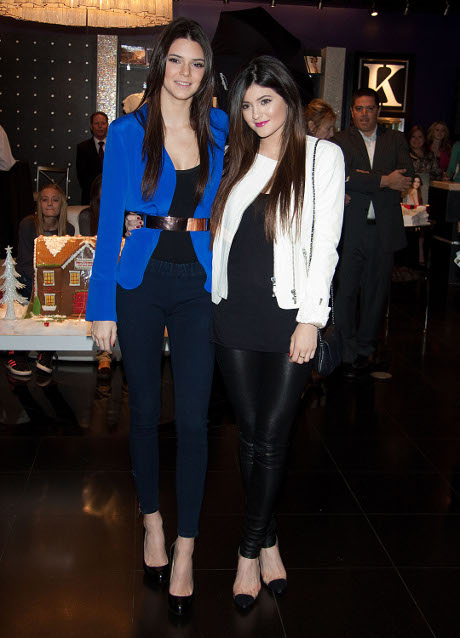 Kylie Jenner has made a bold move and confessed her love for Twilight actor Robert Pattinson. She’s not your average teenager in the typical sense, being that she’s a classy young model, has her own fashion line, and is a reality TV star; however, in many ways she’s just like any other young girl. She loves the Twilight series. While she was sad to see it end, she admits she still has a piece of the Twilight universe she’s clinging onto. Robert Pattinson. Like countless other Twihards in the universe, Kylie Jenner has the mad hots for the R-Pattz.

Kylie Jenner, along with her sister Kendall Jenner, were interviewed for the upcoming issue of Teen Vogue. The two young teeny stars opened up about their celebrity crushes, which are always interesting to hear — especially when they’re coming from other celebs. Kendall has the hots for Ryan Gosling, her reasoning being that he’s “such a good actor.” I’m sure she admires his acting abilities, among other things.

Kylie fancies herself some Robert Pattinson. I wonder if she could’ve been anymore unoriginal. But, hey, I guess she’s just a teenage girl who knows what she likes. She says she loves the Twilight series and is crushed that it has come to an end. While Kylie might be crushing on R-Pattz, it’s hard to believe that any romance would ever come out of that. Pattinson is like a hundred years older than her and, honestly, Kylie doesn’t really seem like the type for R-Pattz. My guess? Kristen Stewart and Robert Pattinson, no matter how much rumorage and scandalosity surrounding them, will always find their way back to each other. So he’s perpetually unavailable.

What do you think about the young Jenner sister’s crushes? Do you think they are reasonable? So far, Robert Pattinson hasn’t replied to the flattery: how do you think he feels about being the subject of a Kardashian Krush? Kylie is rumored to be dating Cody Simpson, who is currently opening for Justin Bieber while on tour.