La Toya Jackson States “I’m NOT Married”!!! – Then Who is Jeffre Phillips If Not Her Husband? 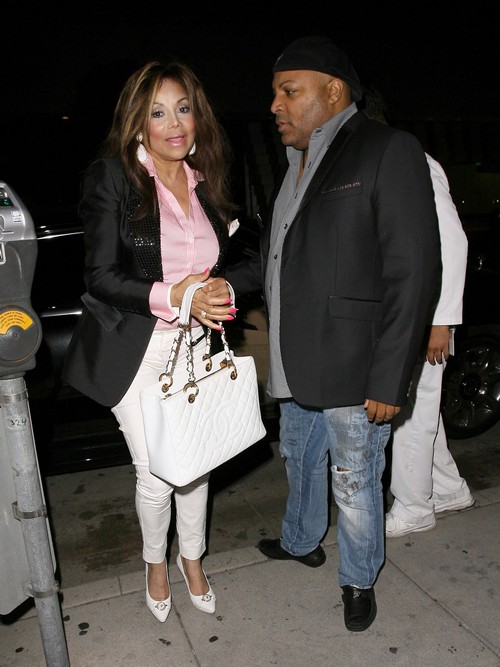 La Toya Jackson is not married and here at CDL we are incredibly pleased about that. La Toya Jackson issued the statement herself after getting ambushed by the paparazzi seeing as the last few weeks of her life were filled with nothing more than reports on her secret marriage to longtime friend and business partner, Jeffre Phillips. And yet with a few simple words “I’m not married”, she suddenly made the world a better place. I must admit I was skeptical about their “marriage.” There seemed to be no reason why La Toya would marry Jeffre in the first place. Strictly speaking, everything he earned so did she. So it couldn’t have been about money (like other members of her family) but it also couldn’t have been about the kind of love that would inspire a marriage, much less a remarriage for La Toya.

They were merely friends! Essentially, two people that hung out together and were constantly seen in each others’ company. Have people given up on something between them? Over at TMZ they wrote “It looks like they’re going the route of Kurt Russell and Goldie Hawn — sometimes that works better.”  As you can see, the answer is a big fat no. Then again many refuse to believe Oprah and Gail are only friends too. Friendships with celebs will always go under a microscope unless everyone comprehends what a best friend is and why celebs deserves to have them too.

A lot of the disbelief surrounding La Toya sounds like it’s from a place of pure hating. “Oh, why would anyone want to be around her” or “He’s there only for the money.” Just because someone is rich doesn’t have to mean they’re note likable.

La Toya has a friend. She’s allowed to, isn’t she?