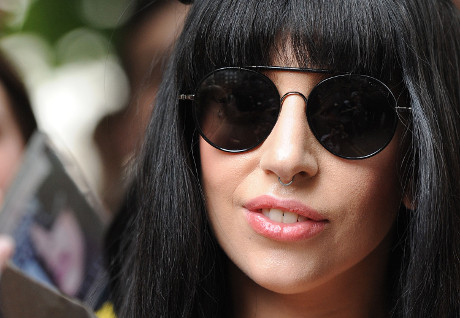 Lady Gaga’s art doesn’t seem to be popping with the critics. After cancelling her tour due to hip surgery, Gaga has returned to the stage and has begun promoting her highly anticipated album, Artpop. Her first single in two years, “Applause,” was released last month; she opened the 2013 VMAs, and previewed eight songs from the album at the iTunes Festival. However, the lukewarm reception to her comeback has the star feeling like a target for ridicule.

Using a Michael Jackson quote, she recently tweeted: The bigger the star, the bigger the target. In an interview with The Guardian, she added, “It gives them a sense of pleasure when they believe that they’ve destroyed me or taken me down. It’s almost entertainment for people to poke fun at Lady Gaga.”

“Applause” has yet to see the commercial success of her previous singles. As of this week, the song slipped from number four to the number six spot on Billboard’s Hot 100 chart. Meanwhile, Katy Perry’s “Roar” has climbed to number one, ending Robin Thicke’s “Blurred Lines” reign.

This doesn’t bother Gaga at all. “People focus less on the music and focus more on how the music’s doing; how it’s faring from a numbers perspective, from a financial perspective. If you think I give a damn about money then you don’t know me as an artist at all.”

Gaga’s faithful monsters will always support her and follow her in whatever she does artistically. Based on her iTunes Festival performance, it seems her hope for Artpop is to continue to empower her fans rather than please the critics. Has Gaga lost her charm? Tell us what you think.