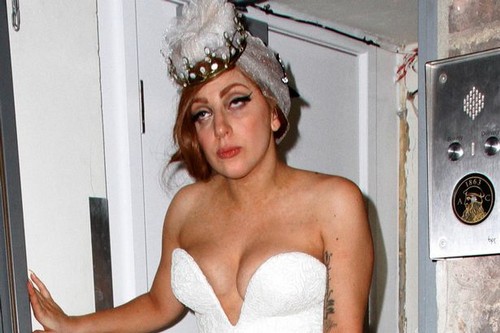 So Lady Gaga and Perez Hilton have had a massive falling out, with her accusing him of stalking her and harassing her. Is that really the truth?

Well, in 2010, Christina Aguilera had a new album coming out, remember? Bionic, and it was supposed to be her comeback and do amazingly well and all that. Unfortunately, it tanked and producers didn’t know who to blame. However, there were reports that Gaga paid off radio stations to not play Christina’s music, and she also used her friendship with Perez to start an online vendetta against Christina. If you look back at posts on Perez, this is around the time he starts calling Christina ‘flop-tina’, and making fun of her.

BUT – Gaga and Perez had a bigger fall out when Gaga ended up ‘seeking hip treatment’, or seeking treatment for drugs. According to reports at the time, Gaga was heavily on drugs and and her friendship with Perez ended over their disagreement on how she should handle it. He obviously won’t publicly explain for fear of getting sued, but he does say it was due to ‘personal reasons’. He apparently told some of his fans and wanted her to go public with her addiction to inspire the fans, but unfortunately, that never happened. Not only that, but Gaga got irritated that he ratted her out and that he was interfering, and they stopped being friends.

We’ve already seen that Gaga will got to any ends to beat out a competition, as we saw with the whole feud with Katy Perry. Also, Gaga’s lost it a little bit, because accusing the blogger of stalking people is a little ridiculous. But lately, she probably feels like her position at #1 in the pop music world is slipping precariously, and she doesn’t want to risk losing it.  News flash Gaga – you lost it already and it’s not coming back.