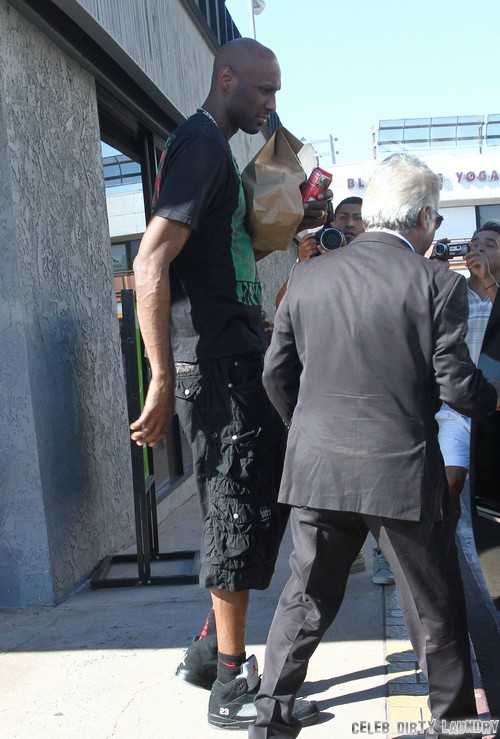 Lamar Odom lost his driver’s license after he was arrested last week for allegedly driving while drunk and stoned in Van Nuys. This happens to people arrested for DUI who then refuse to submit to a drug test so the authorities can’t see what chemicals are floating around in their blood – the cops cease their license and they can’t drive.  So poor Lamar has not only lost Khloe Kardashian (her wedding ring is off and the moving truck was at their house on 8/31/13), his NBA career (he was arrested for his DUI AFTER meeting NBA drug counselors) and what was left of his reputation but he has lost his right to drive!

Now if you happen to be a rich crackhead with a penchant for cheap whores, and WE are NOT saying that Lamar fits that description, then getting around town is really important. How else to score dope, pick up hookers and get to seedy hotels, without using taxis or public transportati0n? You can bum rides off your pals but when you are binging they usually don’t want to associate with you anymore – or if they too are crackheads then they probably no longer have cars and/or licenses.

Soon to be ex-husband of Khloe Kardahsian, Lamar Odom getting chauffeured around in Van Nuys, California on August 31