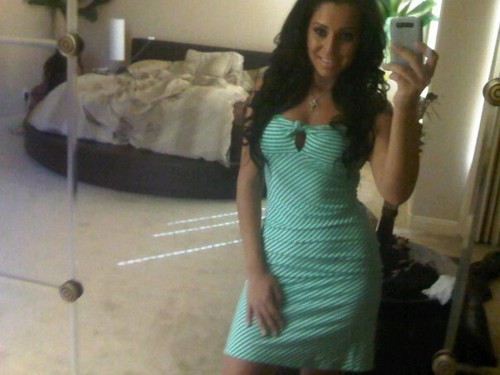 It was just yesterday that I was wondering why more women weren’t coming forward about Lamar Odom, especially if the rumors were true and he really has been cheating with several women. So far, Jennifer Robinson and Polina Polonsky had given details of their alleged encounters with Lamar to the tabloids, and now Myla Sinanaj joins the list.

Myla already has a connection to the Kardashian family as she supposedly dated Kris Humphries, and she claims that Lamar hit on her multiple times. She explains to Hollywood Life, “At Jay Z’s 40/40 club at the Super Bowl [2011], we all watched the game together. I was there with someone else, and as I was leaving. his agent came up to me and handed me a little black card. There was nothing on there but a phone number. He said ‘Call Lamar.’ There was a second time in Vegas. I guess the Lakers were playing. We were all hanging out; we have mutual friends. After the club we all went back to hang out at the hotel; it was a party and there were guys there. When she [Khloe] called, he had everyone in the room be quiet, so he could act like he was alone in bed.”

This is all pretty specific, but sometimes, these women rehearse their story pretty thoroughly to make sure that it gets released. Myla does add that she never slept with Lamar, so I would buy this story. The whole thing’s becoming more suspicious, isn’t it? It’s been several weeks the rumors first started coming out, although Lamar and Khloe are doing their best to be seen as a united couple. We’ll have to see how Khloe feels if even more women start coming forward.

What do you guys think about Myla’s story? Let us know in the comments.