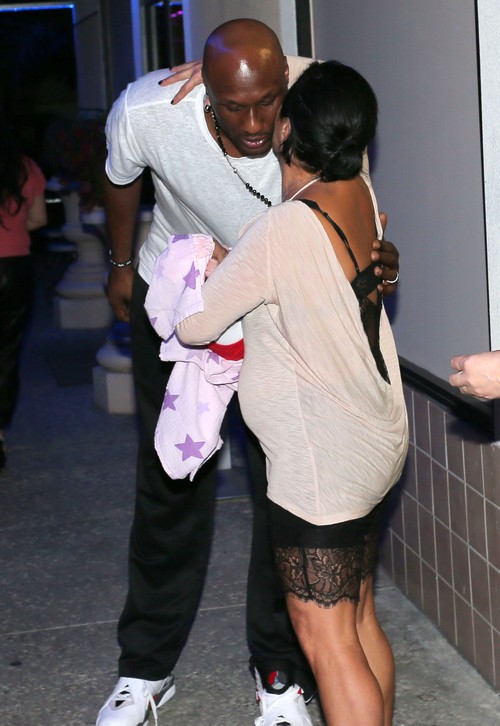 Although Lamar Odom has stayed quiet over all the scandals plaguing his personal life for the past few months, he might finally have an outlet to open up about his side of the story. And no, I don’t mean a therapist, although Oprah Winfrey can definitely fill in as one.

According to a report from TMZ, Lamar is set to sit down with Oprah for a tell-all interview that covers everything from his drug addiction, his history with drugs, his marriage to Khloe Kardashian, his future in basketball, rumors of infidelity, and the state of his relationship with Khloe now. Oprah reportedly made the first move to try to get Lamar to sit down, and from her history with troubled celebrities, it’s clear that she’s going to try her best to help him.

Oprah and Lamar already know each other, but Lamar has never been one to do public interviews. When the entire Kardashian family was interviewed for an Oprah special, Lamar refused to speak. It seems as though things have changed now, and I think it’s because he desperately wants to tell his side of the story. For months and months, all that’s existed in the tabloids has been speculation and rumors, especially the rumors that the Kardashians keep leaking out to make themselves look better.

Lamar might have finally gotten sick of everyone assuming that the speculation was the truth, and he might be taking this chance to clear his name. It’s about time, really. I was wondering when he would actually grow a pair and start acting like someone who has his entire life to lose.

What do you guys think about Lamar sitting down with Oprah? Let us know your thoughts in the comments.