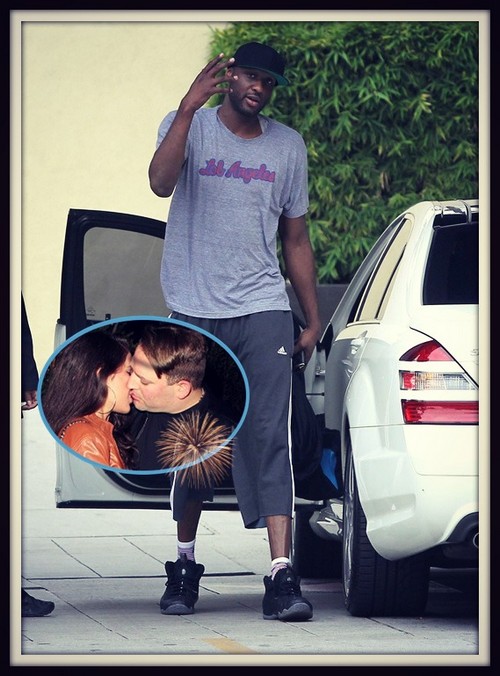 Now for the surprising news of the day! Lamar Odom has allegedly been on a crack/cocaine fueled binge for months now and Khloe Kardashian has been trying to get him into rehab. Calm down! I know, that is not surprising, you have seen that news everywhere. The surprising news you have not seen is this – it looks like the tables are turning and rather than the Kardashian Klan getting Lamar into rehab it looks like Lamar might be turning the Klan onto his crack and whore habits.

Ya’ll remember Polina Polonsky, Lamar Odom’s mistress?  She is the women who Khloe bounced into her hotel room and dragged a crack smoking and paranoid Lamar out of.   Polina is an attorney and one of her clients has made a complain that Polina, “Was doing crack cocaine before Lamar Odom, after Lamar Odom, and she was my attorney during the time she was with Lamar Odom.”

Well Polina is now swapping spit with Scott Disick‘s personal manager David Weintraub. David is CEO of DWE Talent a production and management company specializing in reality TV stars. David is not only Scott’s manager he is a long-time friend of the Kardashian family and also manages Ray J!

Daily Mail reports, “The pair held hands and grinned for the shutterbugs as they posed outside the swanky Chateau Marmont in West Hollywood, just one day after Khloé is reported to have commenced the filing process to push through her divorce from Lamar.“

If Polina indeed has the same proclivities as Lamar how long before we see the whole Kardashian Klan headed to rehab?