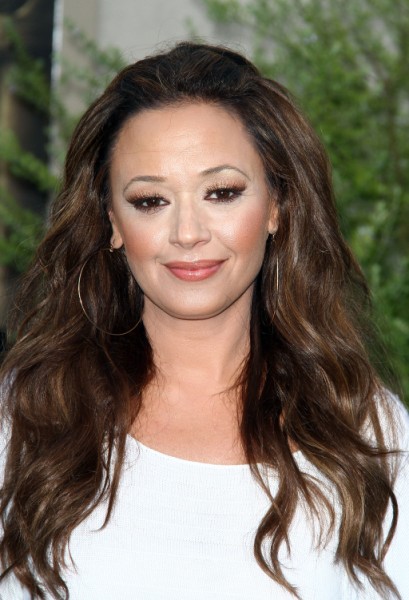 You just knew Tom Cruise had to come up in all this didn’t you? Up until now it was lesser Scientologists attacking Leah Remini in her decision to leave the quack “religion” but new information is leading the source of the problems back to Tom Cruise and Katie Holmes’ wedding. Did anything good come out of that day?

“Yeah, they have a very strange relationship, and you know, one of the things, you know, when Leah came back from the wedding, you know, whatever happens, happens. Leah had brought up to a very, very close friend of hers out of the house, like in private… ‘You know, I just think that it is really weird how involved Tom is with the upper levels of the Church.’ Like what, she just started questioning a little bit like, what was going on,” she revealed.

Apparently her “very, very close friend” told Scientology higher ups about this discussion and Leah has been paying for it ever since.

What does “weird relationship” mean to you? First thing that popped into my mind was that Tom and David were having fun under the sheets together but I don’t think that’s it. Tom may have battled “in the closet” allegations for years but his relationship with Miscavige has never been rumored as sexual – more like idol worship. We’ve heard the stories that David has stroked Tom’s ego to keep him fat and happy in the church. That’s why he’s so involved. If Tom feels like he’s one of the main guys in charge then he’s more likely to continue being its poster boy. It’s never a good thing to have defectors and Scientology has had some major ones lately with Lisa Marie Presley and now Remini, but it can move on without them. I’m not so sure it can move on without Tom Cruise. David Miscavige knows this.