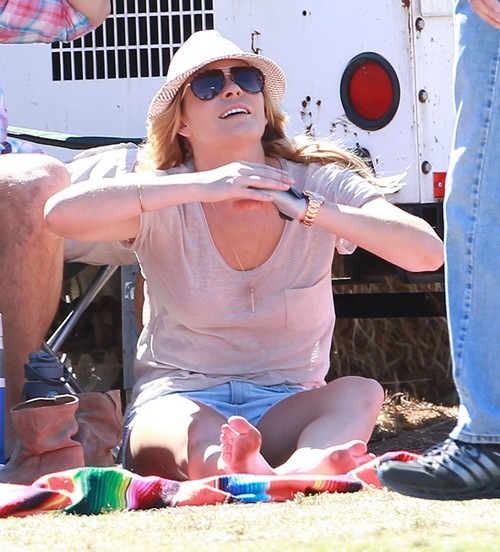 LeAnn Rimes Twitter account is always such a great source of entertainment, and makes a great case study into all things hypocritical, delusional, and mentally unstable.  Less than two weeks ago LeAnn who likes to pretend that she is the silent victim took to her twitter to bash Brandi Glanville the ex-wife of her husband Eddie Cibrian, and the mother of his two children Mason and Jake.  One of her insensitive friends tweeted how she thought it was hilarious when Joyce Giraud tells Brandi she needs rehab in the preview of Real Housewives of Beverly Hills, and Ms. Rimes who just can’t help herself (because she stopped mentally maturing at the age of 13) proceeded to retweet her friends slam at Brandi with an added comment of her own:

“@HertelSara: I thought you needed rehab. Now I realize its just you.” Lol #rhwbh preview” sorry, can’t deny the truth.”

Besides the fact that a good step-mother would never bash her step-son’s mother, least of all publicly, LeAnn has no room to tease anyone about rehab since she is the one that ACTUALLY attended rehab for her own problems.  Girl should ask for a refund because it obviously didn’t work.

Well Eddie must have been ignoring LeAnn today because she once again took to her twitter in a pissy mood and reminded us that she is stalking Brandi’s twitter feed by slamming one of Brandi’s friends in a passive aggressive (but with Rimes is there any other way) tweet of her own; despite the fact that Brandi and her friend did not and were not talking about her. Here is what happened, at 10:13am Brandi sent out a tweet defending herself against Joyce’s continued bashing of her: 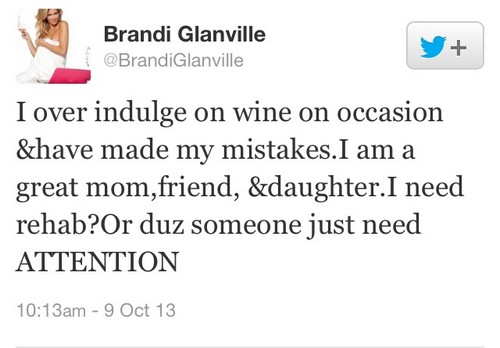 Brandi made it clear that the someone she was referring was Joyce by following that tweet with this one: 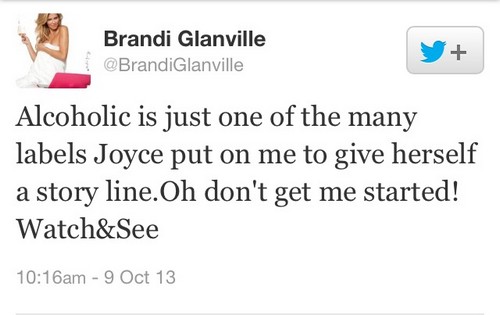 At 11:24am Brandi’s friend tweeted her with a message of encouragement and support: 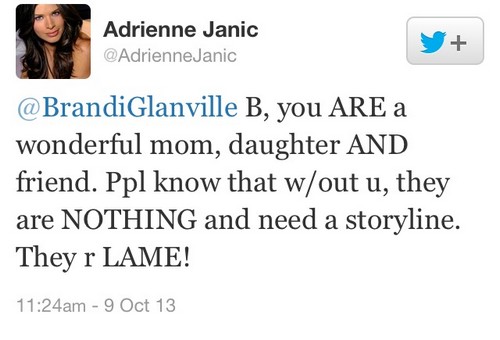 So that we are clear that Brandi nor her friend were talking about LeAnn, yet at 12:15pm LeAnn showed us her 50 shades of cray by tweeting this: 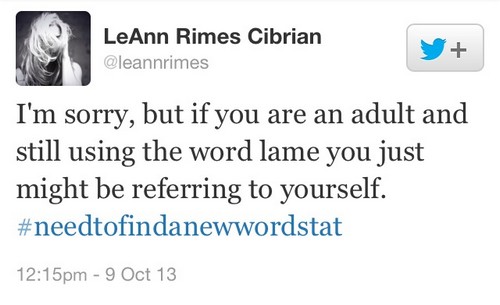 Coincidence?  I THINK NOT! LeAnn, whose behavior has caused her to lose public favor, was hilariously called out for her hypocrisy when someone tweeted her a friendly reminder that she actually once said how much she loves the word lame:

Good LeAnn you’re just so … what’s the word … LAME.  If you can’t handle twitter get off it.  I mean that is some high school shit right there, and it only served to show us that you are stalking Brandi which makes you look pathetic (remember you cheater with her husband not the other way around).  It also showed us that “you’re so vain you probably thought that tweet was about you” – when in fact it wasn’t.  Repeat after me, “Everything is not about me,” good glad we cleared that up.  All joking aside jealousy is not a good look on anyone so it is time to move on Rimes – Brandi did.