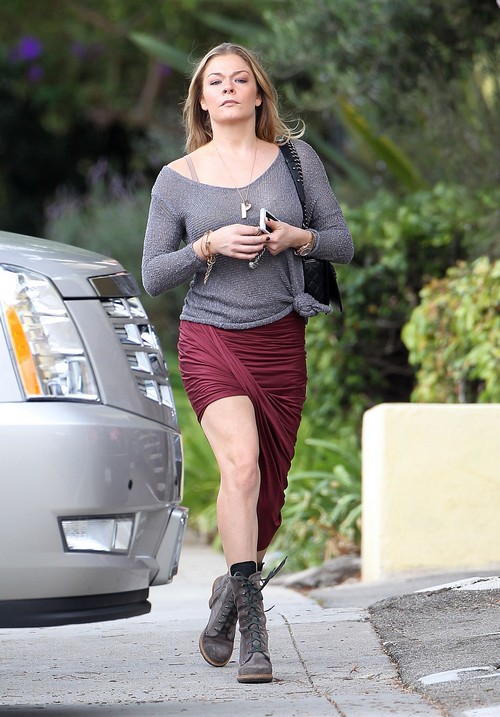 On Tuesday LeAnn Rimes attended the Women’s Guild Cedars-Sinai Gala in Beverly Hills and took a break from copying Brandi Glanville’s style to copy both Kim Kardashian and Jennifer Hudson by wearing the gray Donna Karen dress they both wore back in October. I for one do not care if she wore the same dress as the two other stars as it will make for a fun game of, “Who wore it better,” but I was offended at what she wore when she went out for some solo retail therapy in Santa Monica on Wednesday.

I have heard the rumors about LeAnn running down her driveway in her bathrobe screaming at husband Eddie Cibrian as he drove off with HIS AND BRANDI’S kids, but I figured she would at least keep the bedroom wear confined to her street. Clearly I gave her more credit than she deserves because seriously she looks like she is wearing her red silk bed sheet tied as an ill fitted skirt. Not a good look LeAnn. Not a good look at all. If this doesn’t land you in the, “What the hell are they wearing,” section of some magazine than your star has not just fallen but is extinguished.

It is funny because although I found it very disturbing how LeAnn would not so subtly copy Brandi’s every style move, I am beginning to miss it because obviously without a muse she cannot dress herself properly. Although I cannot help but think she must be channeling someone – perhaps one of the Olsen Twins – because with LeAnn there is always a muse. Before Brandi it was Piper Perabo who LeAnn’s ex Andrew Keegan left her for. In fact LeAnn still uses Piper as a muse, even copying one of her old photo shoot pictures for her picture on the cover of her latest album. That is creepy LeAnn. C.R.E.E.PY. 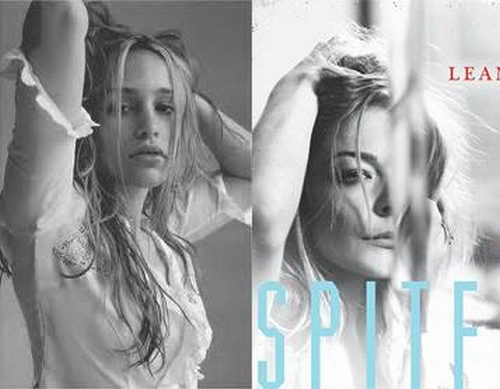 And with that I shall leave you with today’s edition of “LeAnn pretends not to read anything negative but engages anyway.” @courthummel stated an opinion on Twitter – because despite what LeAnn thinks we are all entitled to them, Twitter is not just the celebs’ free blog – and LeAnn, poor poor predictable LeAnn replied because with her there is just no other way: 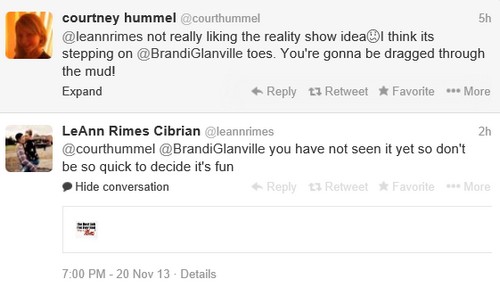 But that is not the end of it … LeAnn must have been feeling particularly manic today and seething over the idea that Brandi has become a star in her own right, because not even two minutes later she had to send yet another response letting everyone know, “Don’t get it twisted y’all. I – Margaret LeAnn – won a Grammy 17 years ago so I am the star here NOT Brandi. You hear me.” 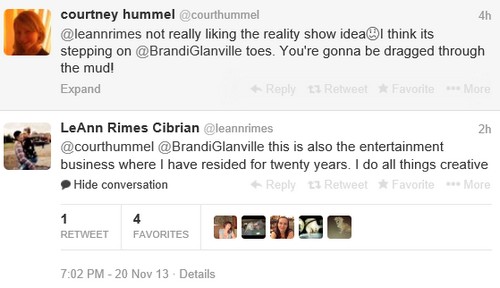 I kept the tweets intact so that there could be no argument that she was responding to another tweet. LeAnn could have at least untagged Brandi – but I guess she figures Brandi already has seen all sides of her crazy so why the heck not. I could think of a few reasons to untag Brandi – like out of respect, or because it is the classy thing to do, or perhaps because taking the high road is good for the soul – but unfortunately these three things are not in LeAnn’s repertoire. Obviously.

LeAnn Rimes does some solo shopping in Santa Monica, California on November 20